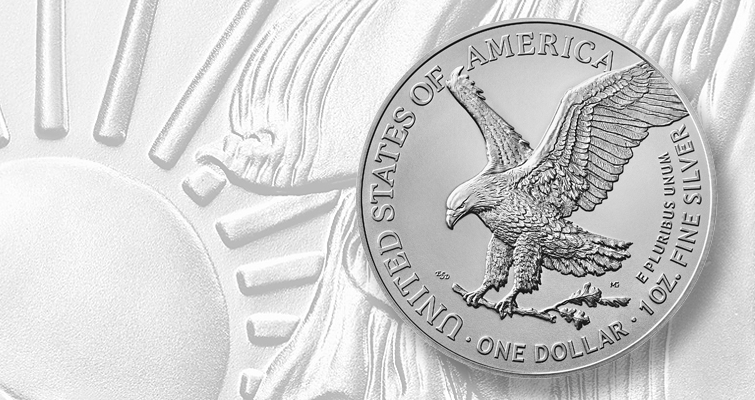 The U.S. Mint is still dealing with shortages trying to procure sufficient blanks from outside vendors to strike and issue silver American Eagle bullion coins.

The U.S. Mint and U.S. Treasury Department are under fire from Rep. Alex X. Mooney, R-West Virginia, and Stefan Gleason, president of the Sound Money Defense League as well as Money Metals Exchange, for the alleged mismanagement of the American Eagle silver bullion coin program.

In an Aug. 25 dated letter to Treasury Secretary Janet Yellen and U.S. Mint Director Ventris C. Gibson, Mooney asserts “a long-running production slowdown has led to shortages and dramatically higher market prices for this iconic silver coin as compared to its peers worldwide.”

Mooney alleges that Treasury Secretary Yellen is in violation of Chapter 31, Section 5112(e) of the United States Code that directs the secretary to ensure the minting and issuance in qualities and quantities to meet public demand for the 1-ounce .999 fine silver bullion coins.

“Many Americans have sought to hedge their assets against the high rates of inflation caused, in large part, by excessive government spending,” Mooney wrote. “Some do this by acquiring hard assets, including gold and silver. According to reports, overall market demand for bullion coins, bars, and other items, has thus risen to higher levels than seen in recent years, if not ever.

“Yet the U.S. Mint has only made 11.6 million ounces of its silver American Eagle bullion coin available to the public this year — half of what was supplied through the first seven months of prior years when demand was similarly strong.

“This shortage in U.S. Mint production has apparently led to extremely high market-based premiums on silver Eagles  — as high as 70 percent over the silver melt value — even as comparable items produced by other sovereign mints and private mints were not beset by such shortages or historically high premiums.

“The high costs resulting from the U.S. Mint production shortage directly harm U.S. citizens wishing to avail themselves of a U.S. legal tender means of protecting their financial security from the effects of inflation.”

Mooney is specifically seeking answers to the following questions:
➤ Does the secretary believe the American Eagle silver coin is being produced in “qualities and quantities that ... are sufficient to meet public demand”?
➤ Why is only a single supplier currently allowed to (or willing to) provide the U.S. Mint with silver blanks for its silver American Eagle program?
➤ Given its statutory mandate to amply supply these coins to the public, why doesn’t the U.S. Mint have a policy to build a reserve of silver blanks during periods of slower demand in order to create a buffer for periods of higher demand?
➤ Has the U.S. Mint examined the practices of other sovereign mints, such as the Britain’s Royal Mint, Australia’s Perth Mint, the Austrian Mint, and the Royal Canadian Mint, to learn from their relative success in meeting high public demand for their own silver coins? If so, what were the resulting findings or recommendations?
➤ What actions are currently being undertaken to address the Mint’s production problems (which reportedly extend beyond the American Eagle silver coin program) and when will the U.S. Mint once again be able to fulfill its mandate to meet public demand?

“We are thankful that Rep. Mooney is seeking accountability for the chronic mismanagement plaguing U.S. Mint operations, and the resulting costs and frustrations it imposes on new silver investors as well as the precious metals industry at large,” said Gleason.

The U.S. Mint has dealt with blank procurement shortages for years, with Sunshine Minting in Coeur d’Alene, Idaho, and Henderson, Nevada, providing the bulk of the blanks, with supplies also coming from Leach Garner, of Attleboro, Massachusetts.

Most of the government mints of the world that issue silver bullion coins manufacture their own blanks for production after securing, refining and alloying the proper metals to execute the blanks.

The 1985 legislation authorizing the American Eagle silver bullion coin program requires that blanks acquired for the dollar coins be allocated to bullion coin production first as long as there is demand, before being reserved for the output of Proof and Uncirculated finish versions.

The same raw blanks are used to produce all finish versions of the American Eagles.

The bullion version uses the blanks as received from the contracted vendors. The blanks and dies used to strike the Proof and Uncirculated versions undergo further special treatment to execute the respective resultant finishes.

Adding to the issue of planchet supplies is the fact that the same planchets are used for producing two series of U.S. Mint medals programs — the Presidential silver medal series, currently at Millard Fillmore after starting with George Washington, and the 1-ounce versions in the U.S. military series, honoring the U.S. Navy, U.S. Army, U.S. Marines, U.S. Air Force, U.S. Coast Guard and U.S. Space Force (not all medals have been offered as yet). Those medals are produced under the Mint’s existing authority, and not by congressional requirement.

Not a producer of planchets

The U.S. Mint does not and has never produced blanks for the silver American Eagle program. The Mint has no refining capacities and all planchets and planchet strip for all coins and medals (for circulation and numismatic purposes) are provided by third-party vendors under contract to the Mint.

Blanks shipped to the Mint under contract by outside vendors for the silver American Eagle production have to meet strict tolerances as to weight and fineness, since samples from each shipment are assayed at the West Point Mint.

Variances not within tolerances can result in the contents of an entire shipment being rejected by the Mint.

U.S. Mint spokesman Michael White said a response would be released should one become available.

A response from the Treasury Department’s public affairs office was not provided by press time. 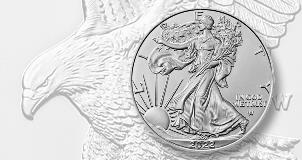 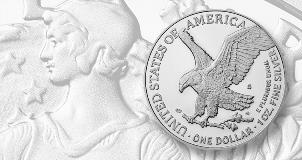 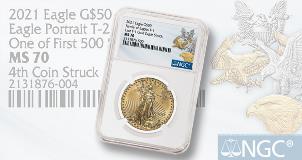