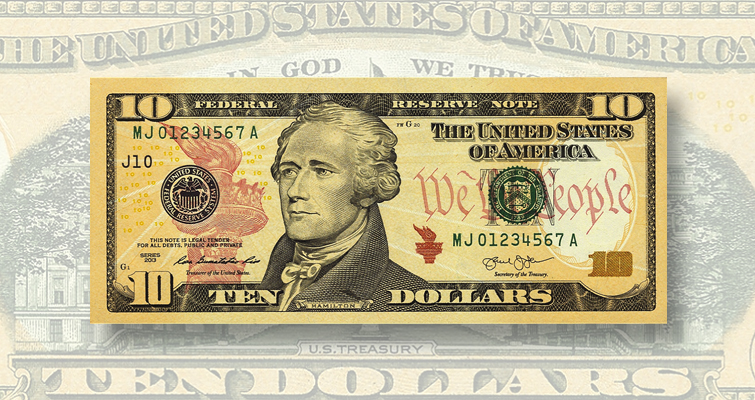 Production of the next generation of $10 Federal Reserve note is expected to begin in 2026, according to Treasury documents filed in federal court.

The designs are nowhere near close to final, but the Bureau of Engraving and Printing has officially confirmed that BEP and the Department of Treasury continue to expect that first denomination of redesigned Federal Reserve notes, a $10 bill, will be ready for production no later than 2026.

All denominations in the new series will differ in at least one important way from all their predecessors in that they will have raised tactile features (RTF) applied on each new design by an intaglio printing process. This is intended to enable the visually disabled to more easily identify their bank notes.

The new series is called Catalyst.

This information is contained in a series of semi-annual reports submitted to the United States District Court for the District of Columbia in compliance with the court’s order requiring the BEP to file such reports describing the steps being taken to implement an order and judgment requiring meaningful access to United States paper currency. It is part of the suit brought decades ago by the American Council of the Blind and others.

The BEP directed Coin World to the court filings in response to a request for information about the accusation by Women on 20s, published in the October 2022 monthly issue, that BEP was recalcitrant about implementing meaningful access.

BEP has been working on the feature for years. By 2019 the RTF application method was narrowed down to a choice of intaglio or coated embossing, and it commenced with the printing of 400,000 sheets of test notes to evaluate the two methods in a realistic production environment. It was described as a complicated process requiring various machines, including offset, plate printing, multifarious presses (coated and embossed only), and Large Examining & Printing Equipment (LEPE) machinery. After the test notes were printed, they were processed on two additional machines, the Currency Inspection System (CIS), and Single Note Inspection (SNI).

An important test for each method was height measurement of the RTF, but the installation of a new instrument for collecting this data was delayed due to COVID-19. The instrument was accepted on June 30, 2020, and training conducted the following day.

On Dec. 29, 2020, BEP Director Olijar, acting chair of the Advanced Counterfeit Deterrence Steering Committee, recommended that the secretary of the Treasury approve the selection of intaglio printing as the proposed application method for the $10 note design and for all following designs in the Catalyst family, which is everything except the $1 and $2 notes.

On Jan. 4, 2021, the Treasury secretary approved the proposed application method, and according to the March 2021 filing, the BEP “continued to pursue the creation of a durable, usable, and manufacturable tactile feature that can function in commercial and governmental counting and inspection machines, as well as in ATMs and vending machines.”

BEP advised in March 2021 that it continued to work on the test method and test coupons to be used for quality control purposes throughout RTF development. It also completed a project management plan update and an analysis of design failure modes and effects.

A feasibility trial for the Catalyst $10 note, which includes the RTF, began in February 2022. BEP described this as providing an opportunity to optimize the RTF engravings. Samples produced will be evaluated using established BEP quality methods and will be used to refine the standard operating procedure to collect height measurements.

In addition to moving forward on the RTF, BEP continues distributing electronic currency readers for blind and other visually impaired U.S. citizens and legal residents, and continues the bureau’s program of adding large, high-contrast numerals and different colors to each denomination that it may lawfully redesign. 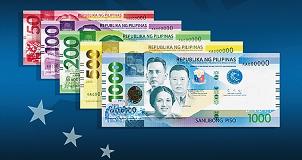 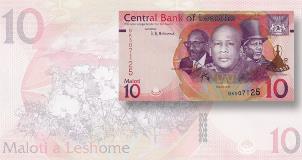 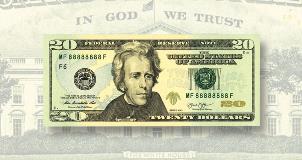