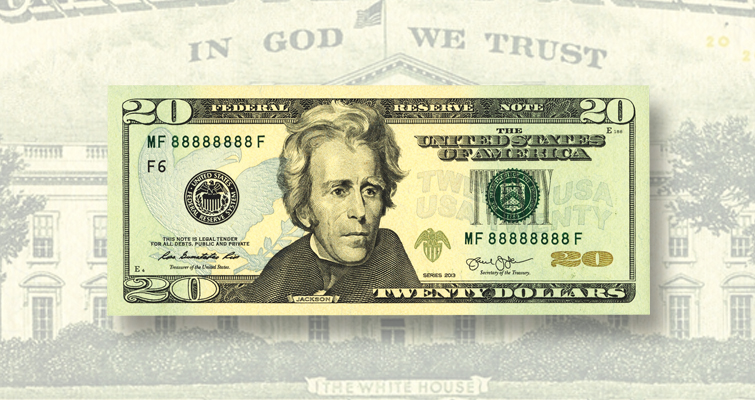 Government resistance to court-ordered raised tactile features is driving the delays in changes to the designs of Federal Reserve notes, claims the founder of Women on 20s.

Are security issues really behind delays in the next revisions of United States paper money, or is something else? Barbara Ortiz Howard, founder of the well-known Women On 20s advocacy group, alleges the latter.

In an email sent to Coin World managing editor William T. Gibbs, she accuses the Bureau of Engraving and Printing of not wanting to change the design, not because of security issues, but because of an injunction in 2008 that bans the Treasury Department from changing designs until they “incorporate meaningful access for the blind,” adding that because of that injunction, “they are not truly committed to implementing tactile features.”

There are problems in both security and tactile areas. Ortiz Howard says that in 2016 Treasury lawyers told the courts that there was a security issue that was going to delay the 2020 roll out of the new currency designs. After Treasury Secretary Jack Lew announced the changes to the $5, $10, and $20 bills in April 2016, the Treasury lawyers went to the court in May and said it would take 10 years, until 2026, to fix the security issues. The BEP’s standard policy is not to comment on security issues.

She calls this 10-year fix ridiculous, writing that it “has the opposite effect on security, giving counterfeiters lots more time to perfect their fakes since no security enhancements are being made.”

To make her point, Ortiz Howard cites an ongoing lawsuit filed in the U.S. District Court for the District of Columbia against the Treasury Department in 2005 by the American Council of the Blind and others. It held numerous claims and counterclaims in its 469 pages as of October 2019.

Much of the dispute appears to be about resistance by the Treasury Department to the implementation of raised tactile features (RTF), which are used by many countries to allow easy identification of notes among those with vision difficulties. She says the section of the Federal Reserve that deals with banking operations is opposed to these features.

The Bureau of Engraving and Printing’s current director, Leonard R. Olijar, delineated some of the problems with an RTF, in an August 2018 court filing. He said the BEP had a three-pronged approach to the blind issue: (1) the currency reader and smart phone technology, (2) adding large, high contrast numerals to all but the $1 note (he did not mention the $2), and (3) a raised tactile feature, about which he mentioned some potential problems.

RTFs don’t work for the blind who have diabetic neuropathy, which is associated with the most common form of blindness in the United States, he said. Most countries apply the RTF by intaglio printing, and this is not durable over time, according to the BEP. The BEP noted that most foreign money is printed on a different substrate, in nowhere near the volume of U.S. currency, and with a shorter lifespan. Anything printed above the surface will wear down over time, according to the BEP.

The director said the bureau has four goals for implementing an RTF: (1) It must be effective. (2) It must be manufacturable in volume on the printing and processing machinery that prints 7 billion to 8 billion notes per year. (3) It must be durable, able to stand up to the wear and tear of currency in circulation. (4) It must function in a modern economy with its high speed counting and inspection machines, and retail systems.

Olijar called balancing all of these requirements the greatest challenge for RTF research and development. “Thicker tactile features are more durable and effective over time, but they will not function in the banknote processing and acceptance equipment and/or are not manufacturable due to the increased thickness of the notes. At present, we still do not have an RTF that fully meets these criteria.”

He added that, in 2018, the BEP needed to select the application method, whether by the existing intaglio printing process or a new, coated embossed printing method, by the end of that year. This would have enabled the BEP to buy any needed equipment, test and perfect the application method, and work with external stakeholders to ensure that the notes would function properly prior to their issue.

He also said that the best accuracy rate the BEP had been able to achieve for an RTF was approximately 80% in one small focus group, an error rate that seems quite high. This has not been validated in large scale testing, and it is possible that the accuracy rate will decrease as notes circulate and the feature wears away. 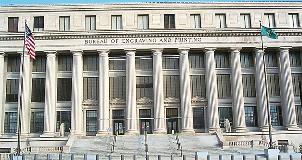 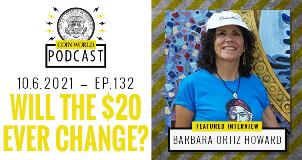 Will they ever change the face on the $20? 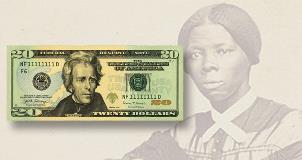