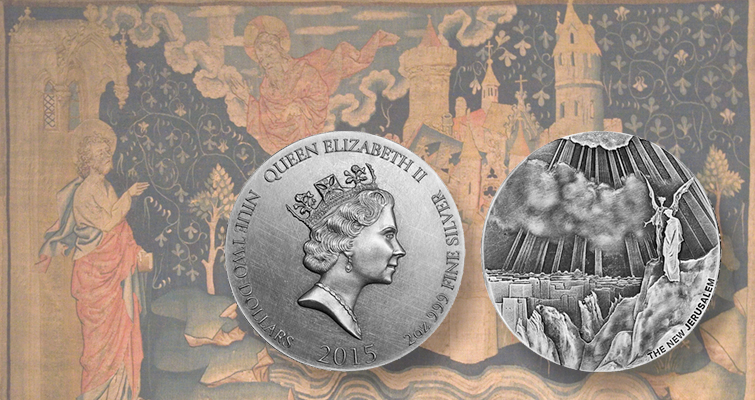 The sixth and final coin in a series of six from Scottsdale Mint and American Precious Metals Exchange showcases the biblical story of New Jerusalem from the book of Revelation.

New Jerusalem, as described in the Bible in the book of Revelation, is the final theme for the six-coin series of $2 from the Scottsdale Mint.

The Niue coins in the Biblical Series are exclusively issued through American Precious Metals Exchange, which announced the coin on Nov. 9.

According to Revelation 21, John is taken to a mountain to look upon the city, “prepared by God for those washed in the blood of the lamb,” APMEX said.

John describes its gates, vastness and precious stones, and notes lack of sun and moon, “For who needs a sun or moon when God casts his own light?”

However, “The New Jerusalem coin is uniquely dark,” according to APMEX Vice President of Merchandising Andrew Martineau. “While it overall represents redemption and salvation, the somber tone of its inspiration demands reverence and reflection. To cast this scene in silver, especially one that references streets of gold, is beautifully bold.”

The coin has a limited mintage of 1,499 coins and is accompanied with a certificate of authenticity telling the story of the coin and a serial number that matches the laser-etched number on the coin. The certificate also features a printing of Doré’s artwork.

The coin retails for $179.99, with varying prices depending on payment method. 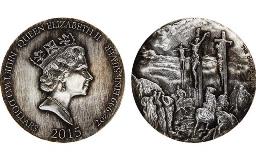 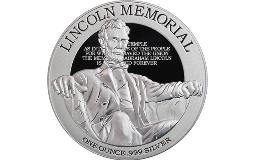 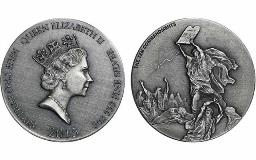