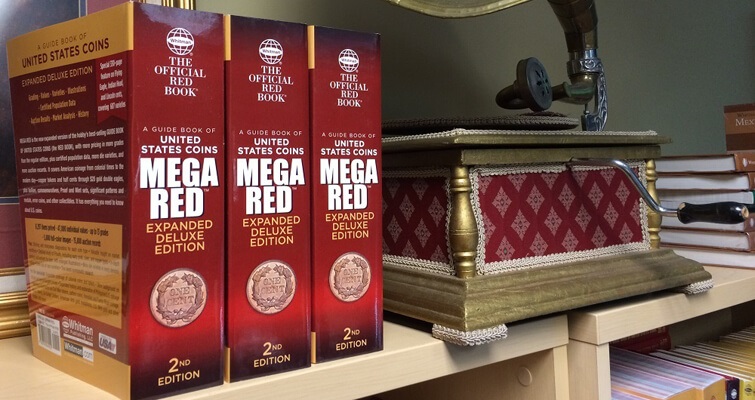 The second edition of Whitman Publishing’s Guide Book of United States Coins, Deluxe Edition, popularly known as Mega Red, is over 1,500 pages and features a detailed 330-page section on Flying Eagle, Indian Head, and Lincoln cents, among other extensive coverage.

The following is a press release from Whitman Publishing:

(Atlanta, GA)—The second edition of Whitman Publishing’s Guide Book of United States Coins, Deluxe Edition, popularly known as MEGA RED, debuted at the Whitman Baltimore Coin and Collectibles Expo on March 31, 2016. Larger than the regular-edition Red Book, and with more pages, Mega Red retails for $49.95. It can be ordered online and is available from booksellers and hobby shops nationwide. American Numismatic Association members receive a 10% discount off all purchases from Whitman, since the publisher is the Official Supplier of the ANA.

Advertised as the “biggest, most useful Red Book ever,” Mega Red measures 7 x 10 inches and has 1,504 pages. The larger size and increased page count combined make it five times bigger than the regular-edition Red Book. It prices 8,297 items in up to 13 grades each, with 47,000 individual values and 15,800 auction records covering circulated, Mint State, and Proof coinage. The book is illustrated with 5,800 images.

Like the first edition, the second edition of Mega Red covers American coinage from New England colonial times to the modern day—half cents through $20 gold double eagles, plus bullion, commemoratives, Proof and Mint sets, significant tokens and medals, error coins, and other numismatic collectibles. It follows the basic structure of the regular-edition Red Book, but each chapter is dramatically expanded with more grades and prices, more historical information, more die varieties, detailed grading instructions with enlarged full-color illustrations, specialized advice on strike characteristics and other technical details, market analysis, and valuable guidance on collecting and investing in rare coins.

The book’s Senior Editor is Kenneth Bressett, Valuations Editor is Jeff Garrett, and Research Editor is Q. David Bowers. A 57-page introduction, “The Story of American Money,” is based on the work of the late Dr. Richard Doty, senior curator of the National Numismatic Collection at the Smithsonian.

Each year, the new Mega Red features an in-depth focus on one or more coin series. The first edition included a special 364-page section on copper half cents and large cents written by Q. David Bowers, with images, history, diagnostics, and pricing for 832 die varieties, 1793–1857.

For federal coins, detailed charts show each mintage; a summary of certified population data; average national retail prices in grades ranging from About Good to high Mint State and Proof; and three or more recent auction records for most coins. Enlarged close-ups of die varieties provide visual guidance. Extensive chart notes give the back stories and additional details on significant coins.

“We trademarked the name Mega Red when more and more collectors started referring to the Deluxe Edition by its nickname,” said Whitman publisher Dennis Tucker. “The first edition created a lot of excitement in the hobby community, and the second edition is even more exciting because its expanded feature covers three of the most popular coin series, the small cents of 1856 to date. That feature alone is the size of a normal book. Plus the second edition is full of updates, new essays, additional content, and more illustrations.”

In the second edition, coverage of pre-federal coins has been increased to include foreign coins that circulated in the British North American colonies: Spanish-American cob coinage of the 1500s to 1770s, Pillar coins of the 1700s, Bust coins of the 1770s to early 1820s, and various Dutch, French, and British copper and silver coin of the 1600s to early 1800s. “European coins of this era are so fundamental to American numismatics that every collection should include at least a sampling,” said Senior Editor Kenneth Bressett. The pre-federal chapters comprise 60 pages illustrated with 407 photographs, historical information, and pricing in multiple grades.

New to the second edition are appendices on the following: 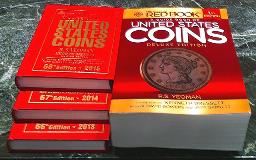 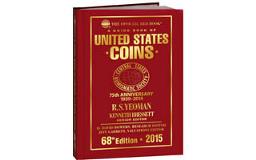 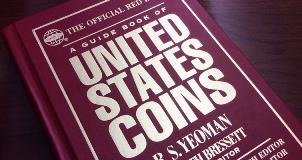