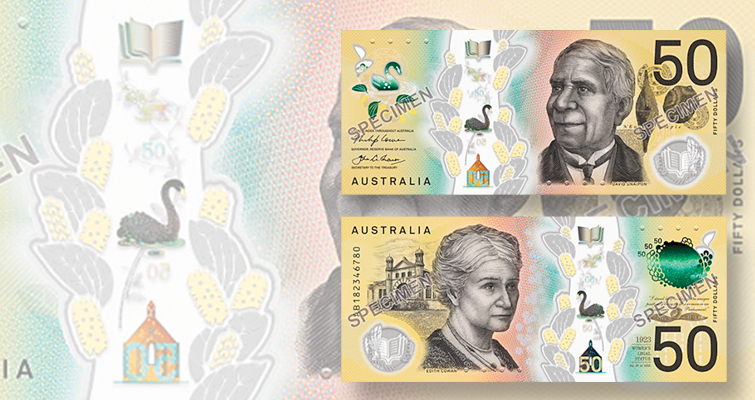 Original images courtesy of the Reserve Bank of Australia. 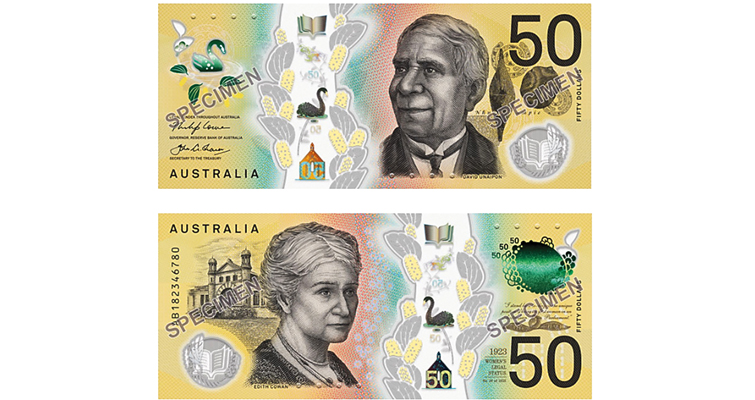 The $50 note honors pioneers for social change in two fields: David Unaipon, an inventor and the country’s first published Aboriginal author, and Edith Cowan, the first female member of an Australian Parliament.

Images courtesy of the Reserve Bank of Australia.

As it has since 1995, the note continues to honor pioneers for social change in two fields: David Unaipon, an inventor and the country’s first published Aboriginal author, and Edith Cowan, the first female member of an Australian Parliament.

In addition to the portraits of Unaipon on the side with the signatures and Cowan’s on that with the serial number, their accomplishments are recognized via the application of several design elements.

The Reserve Bank of Australia described them for Unaipon as including shields from his Ngarrindjeri nation, images portraying the practices of miwi (a state of consciousness) and the Aboriginal practice of navel cord exchange, about which he wrote.

For Cowan, the note includes pictures of the gum nut brooch she had made to symbolize that entry into Parliament was a “hard nut to crack” for women, and the King Edward Memorial Hospital for women, which she helped establish.

Color and size are unchanged. The bank says this is for ease of recognition and to minimize the disruption to businesses.

The security features are similar to those in the $5 and $10 bank notes introduced in 2016 and 2017. They include a top-to-bottom clear window with dynamic features, among them a reversing number and flying bird. The note has a patch with a rolling color effect and microprinting with excerpts from Unaipon’s Legendary Tales of the Australian Aborigines and Cowan’s first speech to the Western Australian parliament.

Each note in the new series features a different species of the native Australian plant known as a wattle, and a bird. The $50 note has the Acacia humifusa and the black swan (Cygnus atratus), the bird of Cowan’s home state of Western Australia. 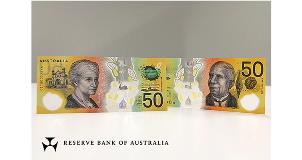