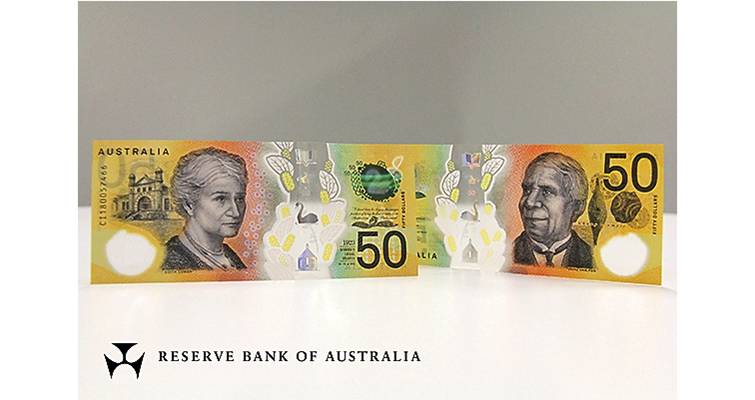 The Reserve Bank of Australia will release the new $50 note in October. The note carries the same themes as the note it is replacing but features enhanced anti-counterfeiting technology.

The Reserve Bank of Australia on Feb. 15 revealed both the design of its new $50 bank note and a release date of October 2018.

As with the other notes in the new series, the $50 note bears a similarity in color, size, and people portrayed, but has enhanced security devices. Basically unchanged are portraits of Aboriginal writer and inventor David Unaipon of the face and the first female member of the Australian Parliament, Edith Cowan, on the back.

New elements include a top-to-bottom clear window containing features such as a reversing number and a three-dimensional book. The note will also bear what the bank calls a patch with a rolling-color effect, and it will also feature microprinting of excerpts from Unaipon’s book and Cowan’s first speech in Parliament.

The note tells the stories of Unaipon and Cowan through the use of several elements. Among them, says the bank, are shields from Unaipon’s Ngarrindjeri nation and the practices of miwi and navel cord exchange about which Unaipon wrote. The bank note also has a picture of the gumnut brooch Cowan had made to symbolize that entry into Parliament was a “hard nut to crack” for women, and the King Edward Memorial Hospital, a women’s and maternity hospital that she helped establish.

As on the $5 and $10 issues, the new $50 bank note includes a wattle and a native bird. On the $50 note they are the Acacia humifusa wattle and a black swan (Cygnus atratus). The black swan is both Unaipon’s ngaji, or totem, and the bird of Western Australia, Cowan’s home state. 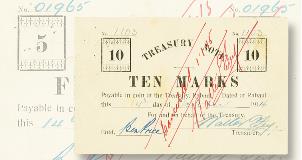 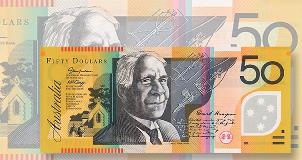