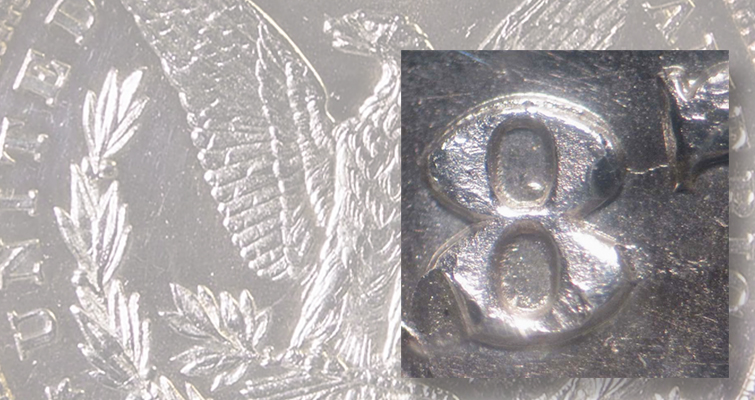 The first 8 is doubled across its top and there are die lumps inside both loops of the 1878 8 Tail Feathers, Morgan, VAM 15 dollar. 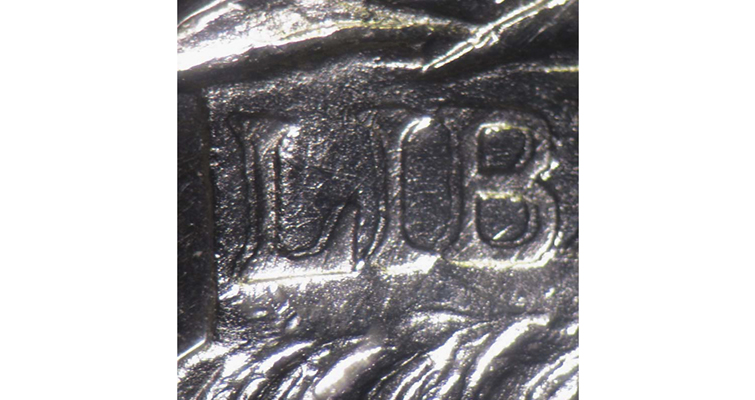 A strong sideways shift is present on the letters of LIBERTY. 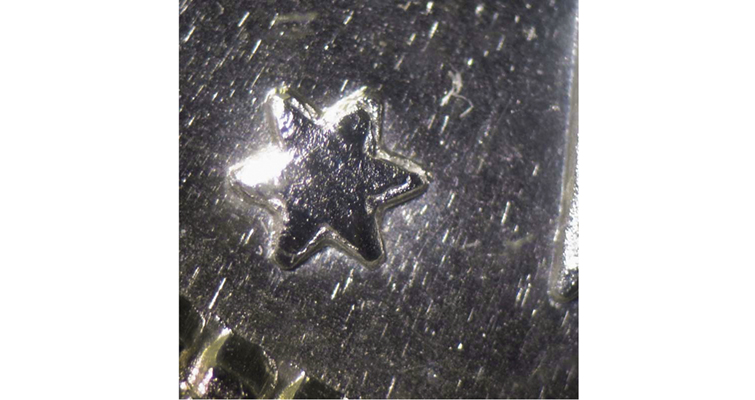 All the obverse stars have an odd “stacked” look to them. 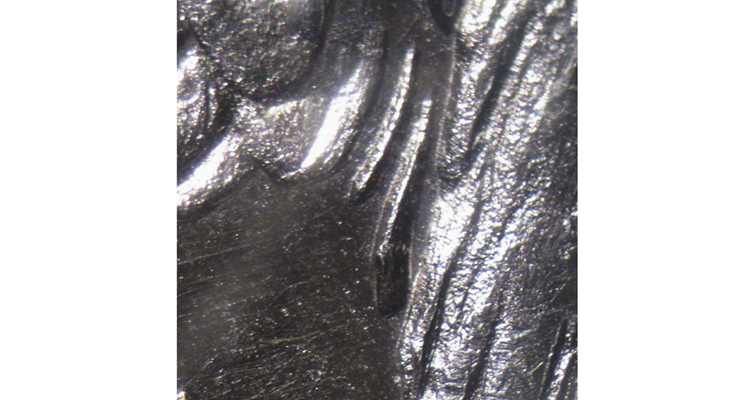 This particular 8 Tail Feathers reverse die may be instantly identified by the distinctive added feathers at the base of the wing.

Dollar production in 1878 was a rushed and, in some cases, haphazard affair. The recently passed Bland-Allison Act included manufacturing quotas that left little time for trials to find and correct any problems that might arise from an untested design.

The first Morgan silver dollars rolled off the presses on March 11, and featured the 8 Tail Feathers reverse. Problems with the lifespan of die marriages using this design caused it to be replaced with the Reverse of 1878 after a little more than a month in service.

The first obverse design, today called the Type I design, was also quickly replaced with a revised version that researchers today call the Type II obverse.

While the Type I and Type II obverse designs are similar, subtle differences are seen in the ear, rim, stars, lettering and overall relief. The Mint used an expedient method of rehubbing dozens of Type I obverse dies with the Type II design in an attempt to extend their life. Using two different designs to make a working die naturally results in design hub doubling, commonly noted as a Class III doubled die.

The first listing in Comprehensive Catalog and Encyclopedia of Morgan & Peace Dollars by Leroy Van Allen and A. George Mallis with this sort of obverse is the VAM-15. It features a strong sideways shift in the letters of LIBERTY and complex doubling on all of the stars. The alignment of the stars, and specifically how they were slightly rotated relative to each other, was different on the two obverse designs, and the comingled result is an oddly stacked and distorted blending.

The VAM-15 coin was almost certainly one of the first attempts at dual hubbing in the Morgan series. Its rarity and its obverse made it a natural choice for Jeff Oxman and Michael Fey when they penned The Top 100 Morgan Dollar Varieties: The VAM Keys.