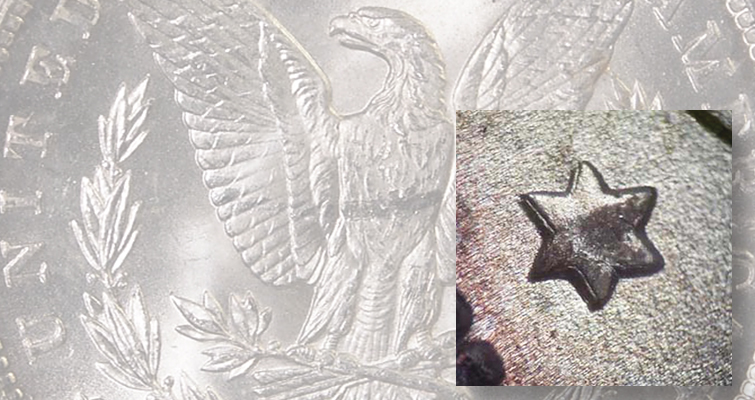 The left reverse star on the 1888 Morgan, VAM 6 silver dollar also has a clear secondary image. 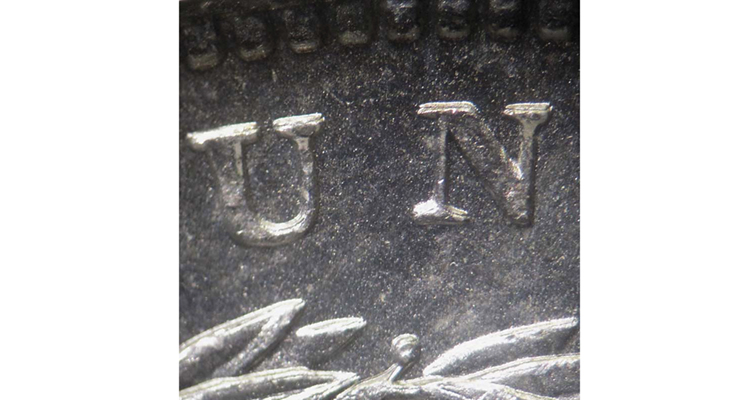 A strong spread is visible on the tops of the letters of UNITED. 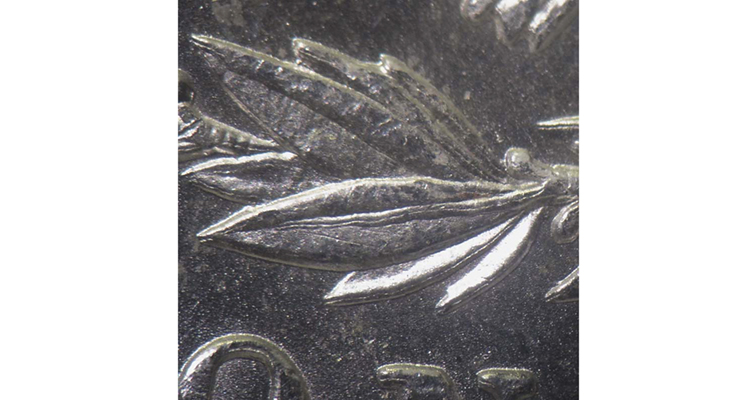 On higher grade examples, bold separation lines in the left bough’s leaves and stems are present. 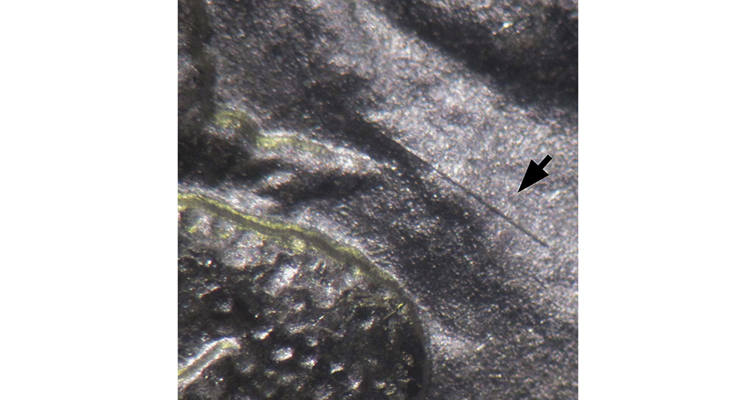 A die scratch on the obverse, next to the cotton leaves and boll, has proven useful in confirming attributions of this variety.

A few weeks ago I realized that one of my favorite Morgan dollars was a duplication of a previously known variety.

The VAM-27 1888 Morgan dollar was among my earliest discoveries, reported in October 2000 and cataloged in New VAM Varieties of Morgan Dollars by Leroy Van Allen. It was noteworthy for being one of the few Morgan dollars that displayed Class V or pivoted hub doubling. Die varieties in this class are identified by a fan-like spread between the primary and secondary images.

Until recently it took several blows from a hub to sink a die to its full depth. Any type of misalignment between hubbings can create a doubled die. A Class V doubled die occurs when the partially sunk die and the hub are not in proper alignment at a point on the edge of the die. At the pivot point, no spread is visible, but directly opposite the point, the spread is at its strongest. Even a modest degree of pivot can result on a dramatic spread, particularly on larger coins.

In December 2015, I was working on a customer’s order when I noticed a familiar spread on the lower left quarter of the reverse. However, his requested variety was VAM-6. This variety is part of the set presented in The Official Guide to the Hot 50 Morgan Dollar Varieties by Jeff Oxman.

I started to get a sinking feeling when I saw that the two varieties appeared to have matching characteristics. Further investigation showed that this was a duplication, and I sent the plate coin from the original VAM-27 listing back to Van Allen for reexamination. He agreed with my conclusions and formally delisted it, while adding die markers to the VAM-6 description.

One of my favorites may now be gone, but in its place I have a much deeper appreciation of what is considered a remarkable variety. 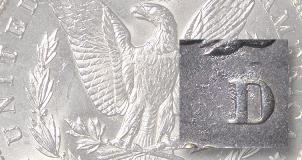 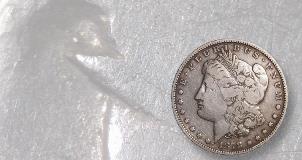 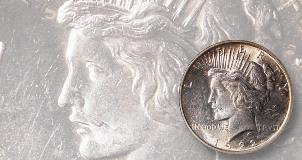