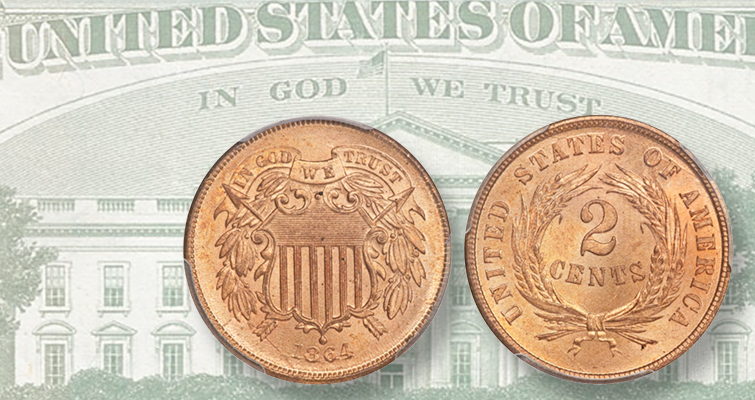 The Coinage Act of April 22, 1864, created the two-cent coin, the first American coin to bear the IN GOD WE TRUST motto.

America’s coins and paper money have always featured the IN GOD WE TRUST motto, right?

It was a law passed on April 22, 1864, that sparked the motto’s appearance, first on coins.

According to the U.S. Department of the Treasury website, “The motto IN GOD WE TRUST was placed on United States coins largely because of increased religious sentiment existing during the Civil War.”

During the war, Treasury Secretary Salmon P. Chase received numerous appeals from devout individuals, the first recorded being a Nov. 13, 1861, letter from the Rev. Mark R. Watkinson, from Ridleyville, Pa.

The Mint Act of April 22, 1864, changed the composition of the cent coin and authorized the minting of the 2-cent coin, the coin on which the IN GOD WE TRUST motto would debut.

Use of the motto wasn’t required by Congress in legislation authorizing the 2-cent piece. The law simply gave the Treasury authority regarding inscriptions on the nation’s minor coins.

Director of the Mint James Pollock was directed to develop the designs for these coins for final approval by the Treasury secretary. During the design of the 2-cent coin, a motto was selected and placed on the adopted design.

Treasury’s authority over coinage inscriptions was extended to gold and silver coins on March 3, 1865 — and the motto was specifically mentioned in that legislation.

The motto was placed on other denominations over the years, though it was not until well into the 20th century that all denominations bore the motto. 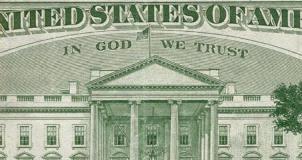 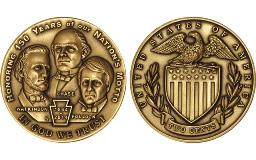 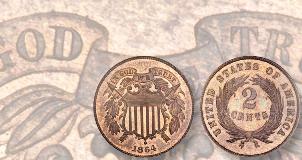