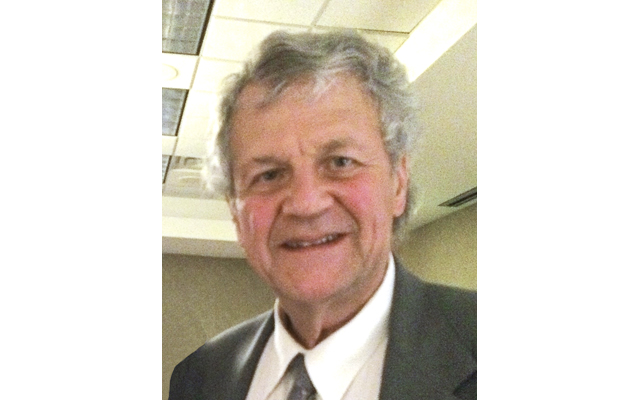 Mr. Henry, owner of Rare Coin Galleries, was a lifelong resident of the Seattle area and became a coin collector in his early teens. He ran a mail order coin business while in high school.

“His loves in life were Carol [Kupp], coins, and tennis. He left us far too soon, but at least he did so with a tennis racket in his hand. I am a much better person for the friendship he and I enjoyed for the past 40 years, and I give him enormous credit for the numismatist that I am, and the person that I am,” said Greg Rohan, president of Heritage Auctions.

“I met Gene Henry when I was a 12 year old coin dealer just starting out in 1973,” said Rohan. “He was the biggest dealer in the Pacific Northwest, he drove a white Rolls-Royce, and would sweep through a coin show buying coins faster than anyone I had ever seen. He never looked anything up, everything he needed to know about coins was in his head.”

Mr. Henry attended his first American Numismatic Association show in Boston in 1960 and was a life member.

He produced a local television show about coins titled Loose Change in 1966 and 1967.

Mr. Henry was also a longtime member of the Professional Numismatists Guild. Since 1968 he had been a contributor to Whitman Publishing’s Guide Book of U.S. Coins, aka the “Red Book” and the Handbook of U.S. Coins, known as the “Blue Book.”

In a Nov. 29, 2004, Coin World article, Mr. Henry recalled dealing with the public when bullion prices rose and  “A couple of people came and pulled the gold teeth out of their mouths, saliva and all,” he said. “When silver hit 15 times face, we bought a batch of Washington quarters that had eight 1932-S [key date coins] in nice condition in one roll.”

Rohan said Henry “always had time for me and really for everyone. He encouraged me, he mentored me, we drove together to coin shows in his red Eldorado, we ate hundreds of meals together, he introduced me to good food and fine wine, and he taught me how to work with people, how to learn about coins, and how to make lifelong friends with those I’d do business with. From 1979-1984 we saw each other almost every day.”

Henry “collected friends like people collect the coins he sold. Gene was considered just about the nicest guy around, with an outsized personality, always ready to tell a joke, and pick up a dinner check,” Rohan said.

Rohan said that, per Mr. Henry’s request, a small family gathering took place shortly after his death. The date of a celebration of his life will be announced in the next few weeks, Rohan said.

Those wishing to send notes of sympathy should address them to Carol Kupp, Box 2998, Issaquah, WA 98027.