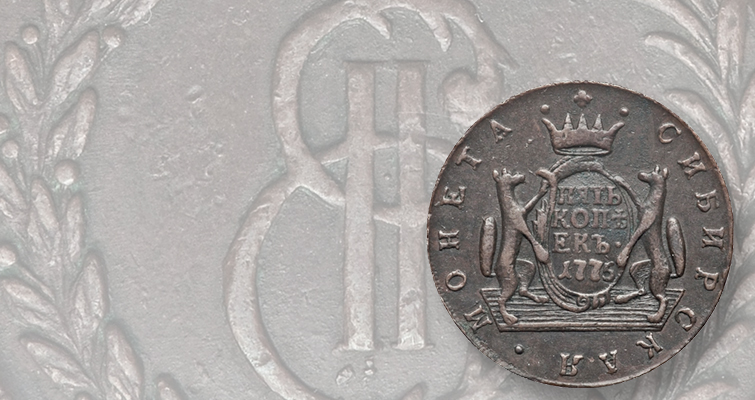 This 1776 Russian Siberia 5-kopeck coin issued during the prolific reign of Catherine the Great is similar to one found during archaeological excavations accomplished at the cemetery in Fort Ross, Calif., a southernmost outpost of Russian colonialism on the American continent. 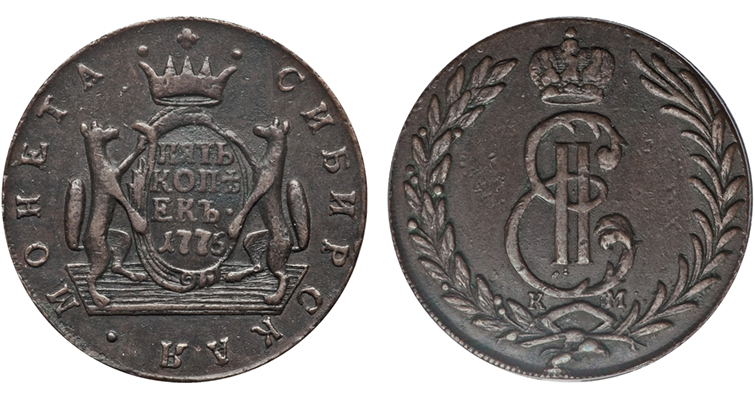 The 5 kopecks of Catherine II, also known as Catherine the Great, was issued almost 90 years before Alaska was sold to to the United States by Russia in 1867.

Colonial America is probably thought by most Coin World readers to mean the territory of the modern United States in the era before 1776, or 1781, or 1784, depending upon whether you think we stopped being a colony when we said so, when the hostilities over it ended, or when the end of that war was fully ratified.

This is perhaps the narrowest possible view. From a geographical perspective, many folks from outside the United States consider their countries “American,” from the Arctic Circle to the tip of Tierra del Fuego. The New World territories of Spain and France, viewed on a global scale, are just as much “Colonial America” as what became the 48 contiguous states, and a Philadelphian from 1760 would look at you strangely if you tried to parse why he lived in “Colonial America” while his brother in Jamaica didn’t. Looking at a timeline, much of Latin America remained Colonial America until the 1820s, while Canada and Alaska both remained colonies until 1867.

While 1812 may seem too late to be “Colonial America” to many traditionalists, that was the year Russia made its deepest thrust into American colonialism. Fort Ross was established in Sonoma County, Calif., in February 1812. It persisted until 1841, representing the southernmost post of the Russian Empire in America. As in Russian outposts in Alaska, furs were the primary attraction, mostly otter fur in Fort Ross, but the fort’s location and climate also lent itself to agriculture that was impossible in most of the Russia-American Company’s sphere.

Archaeological excavations accomplished at Fort Ross’ cemetery found a large Siberian 5-kopek coin issued during the reign of Catherine the Great (1763 to 1780).

A copper 3-kopek coin of Moldavia and Wallachea dated 1773, said also to have been found at Fort Ross, was sold in the 1982 Henry Clifford sale of private and territorial coins by Bowers and Ruddy. Other Russian coins recovered at the fort are too poorly described in archaeological reports to positively identify.

Russia began officially trading and exploring the land and water of Alaska in the 17th century, and by the late 18th century several settlements had been established. Russian coins have been found at many of them. A 1748 half kopek was found at a village site on Aialik Bay, within the Kenai Fjords National Park near Anchorage. Others, poorly preserved and poorly identified, have also been recovered.

Russia sold Alaska to the United States for $7.2 million in March 1867. Is it fair to say it was part of Colonial America until then? 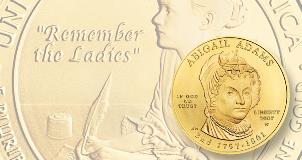 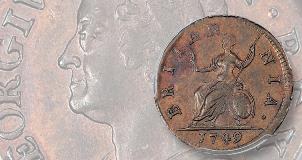 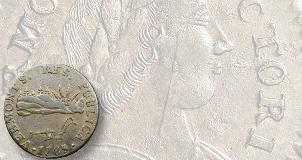