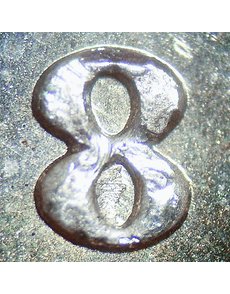 The lower loop of the last 8 is partially filled. This patch of unfinished die oddly resembles a dried leaf. 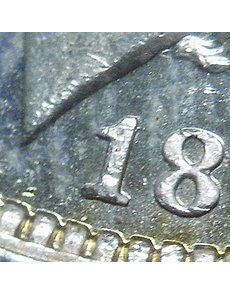 The 1 is positioned entirely over the third and fourth dentils from the point of the bust. 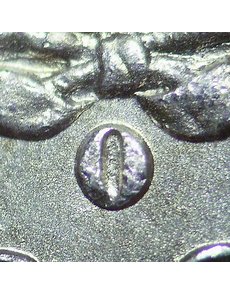 The curvature at the top and bottom of the aptly named “Oval O” Mint mark is clearly different from the side curvature. 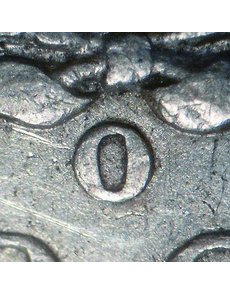 By contrast, the “Round O” Mint mark found on most 1888-O dollars features fairly uniform curvature.

The Top 100 Morgan Dollar Varieties: The VAM Keys highlights many of the most desirable varieties within the series. The collaborative work of Jeff Oxman and Michael Fey includes several group listings — a variety type rather than a specific die marriage.

While only one representative marriage from one of these group listings is required for a “Top 100” set, many advanced collectors pursue all of the respective components. Typically, some members of these subsets are quite rare.

In 1888, the New Orleans Mint employed two distinct Mint mark styles. The “Round O” is found on the overwhelming majority of the issue, while another O Mint mark with a taller and thinner appearance was used for a few marriages.

While engaged in research that culminated in the booklet The Oval O Coins of 1888 and 1889, Ash Harrison discovered a new marriage with a previously unreported obverse die. What specialists now know as the VAM-34 1888-O Morgan dollar was formally listed by Leroy Van Allen in the 2008 edition of New VAM Varieties of Morgan & Peace Dollars.

Besides the obvious Mint mark style, the VAM-34 1888-O Morgan dollar may be identified by characteristics of its obverse. The date position may serve as a good first indicator that a much closer look is warranted.

The digit 1 fits neatly over the third and fourth dentils counting from the point of the truncation of Liberty’s bust. Careful inspection of the lower loop of the last 8 reveals a portion of unfinished die partially filling the left half of the opening. This element oddly resembles the edge of a dried leaf.

An accurate attribution hinges on the correct identification of the obverse, as this specific Oval O reverse die is shared by three other Top 100 marriages.

The Society of Silver Dollar Collectors maintains a variety registry. Each coin is only counted once. Resubmissions and “crossovers” don’t skew the results. Currently only four pieces are reported. More examples will likely be uncovered as it becomes more widely known. Thus far, it remains elusive.