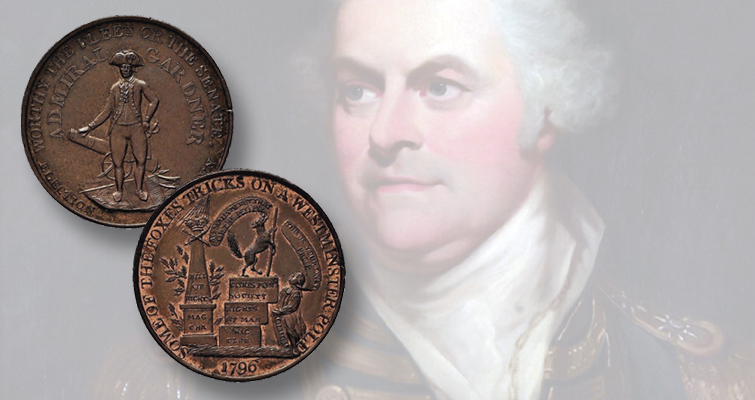 A 1796 campaign medal from Great Britain features the man Admiral Gardner, namesake to a shipwreck famous in numismatic circles.

Admiral Gardner (Alan, Lord Gardner) may be best known today among coin collectors for the ship that carried his name and wrecked, as its numismatic contents, recovered in 1986, have been sold ever since as genuine shipwreck coins.

The bronze XX cash coins of the East India Company carried on the Admiral Gardner ship are ubiquitous in the market.

However, the man for whom the ship was named is also featured on a medal.

An example of this penny-sized medal, of a type also called a Conder token, appears in Baldwin’s of St. James’s Feb. 17 Argentum sale, offerings of its “more affordable” items that the firm holds a few times a year.

Conder tokens, often bronze or copper, sometimes silver or gold, were struck in the late 1700s and early 1800s in Great Britain, first to alleviate a coin shortage and later to cater to a vast collector market. Some served further roles, as did this offered token, which, labeled ELECTION TOKEN, was a political campaign piece.

Peter Kempson in Middlesex issued the token, dated 1796, featuring a standing image of the famous sailor, in uniform, in front of a cannon on the obverse. Inscriptions on the obverse identify ADMIRAL GARDNER and classify him as WORTHY THE FLEET OR THE SENATE.

The reverse shows at left an inscribed, crowned obelisk upon which the light of heaven shines. At right a fox stands, speaking, upon three inscribed blocks, stacked in an unbalanced configuration. Another inscribed block, almost supporting the fox’s platform, is held by a man who questions the fox. Word balloons emanate from the mouths of both the man and the fox.

The obelisk’s inscriptions versus those of the fox’s platform identify opposing political ideologies. The legend around the border reads SOME OF THE FOXES TRICKS ON A WESTMINSTER POLE. In whole, the piece reflects Gardner’s campaign for a seat in Parliament, which he won despite a poll headed by his opponent, Charles James Fox. 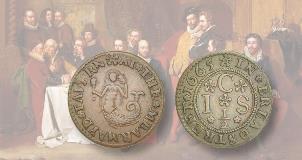 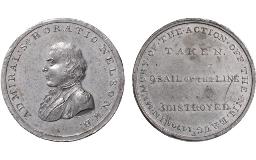