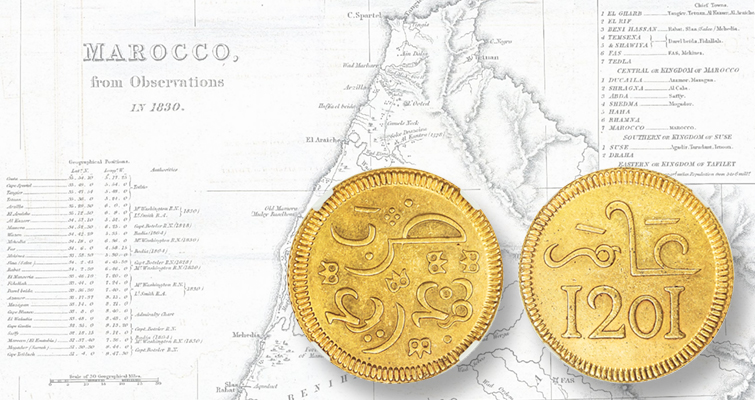 The 1797 gold 10-mitqal coin of Morocco was struck for Sultan Muhammad III at the Madrid Mint, but the ruler’s death before the coins arrived and the name of the mint in Arabic are reasons the coin was not circulated and most were melted.

When a new coin arrives too late and stokes passions between international rivals, it’s bound to be a failure.

That explains the scarcity of a gold coin from Morocco in the Stephen Album Rare Coins auction May 19 to 21.

The 1787 gold 10-mitqal coin was struck at the Madrid Mint in the name of Sultan Muhammad III. These are among the first machine-struck coins of Morocco.

Authorization for the coin was granted Jan. 13, 1787, but production did not begin until Sept. 22, 1787, according to the auction house. A total of 10,000 pieces were struck from bullion stored in the city of Tangier, the firm said.

These were clearly intended for circulation and are not, as some sources report, pattern pieces,

“Although well executed, for multiple reasons this issue was destined for failure,” the firm said.

By the time the coins arrived in Morocco, the sultan had died, and his successor, Sultan Muhammad al-Yazid, would not have released coins of his predecessor during his reign.

The fact that the Madrid Mint (where the coins were struck) was named in Arabic on the coin, at a time when friction between Spain and Morocco was high, also doomed the coins.

Nearly the entire mintage was recalled and melted down, and as few as 10 examples are known to have survived.

The example in the Album auction has “minor scratches” on the obverse field, which were “repaired,” according to the firm, but otherwise displays “much original luster.”

The coin is graded About Uncirculated details by Numismatic Guaranty Corp., and has a pre-sales estimate of $10,000 to $15,000.

The auction features some 2,680 lots and will be held in the firm’s Santa Rosa, Calif., office. Items offered include ancient, Islamic, Chinese, Indian, and other world coins, in addition to numismatic literature.

To learn more about the auction, visit the company website. 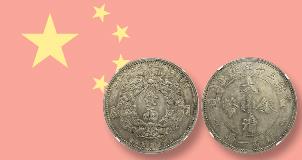 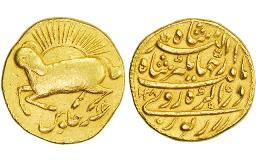 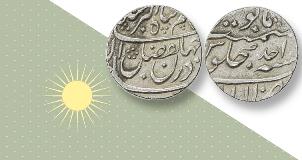