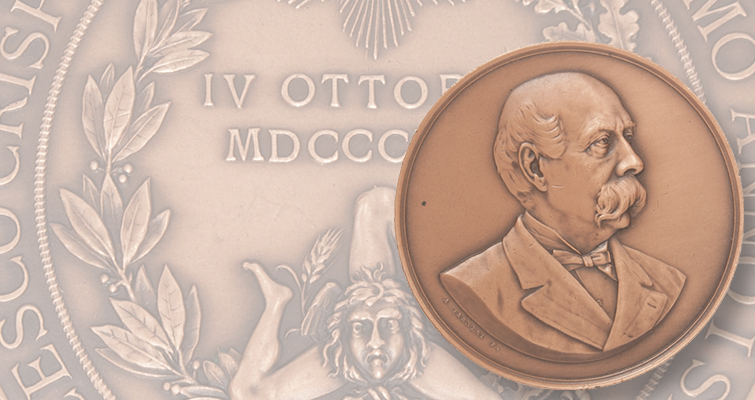 Research quickly identifies Francesco Crispi as one of the longest-lived leaders in the struggle for Italian unification, the Risorgimento. 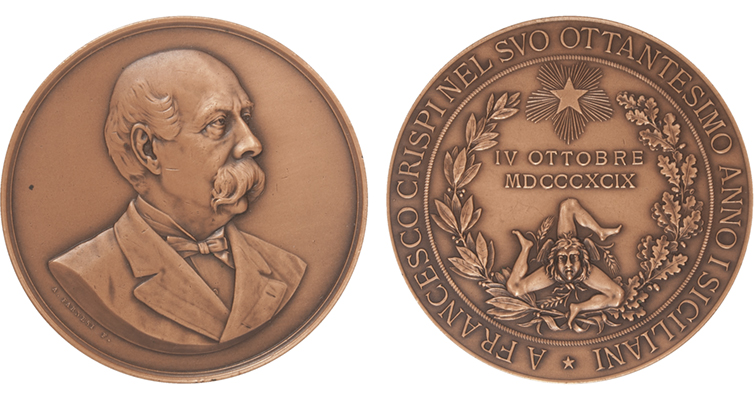 The Research Desk column from the March 14, 2016, Weekly issue of Coin World:

The medal presents an imposing frock-coated bust, facing right, with enormous walrus mustache but without inscription other than artist’s signature. The reverse bears the radiant Star of Italian Destiny and the three-legged Triquetra and Medusa head of Crispi’s birthplace, the island of Sicily, with legend TO FRANCESCO CRISPI ON HIS 80TH BIRTHDAY FROM THE SICILIANS.

Research quickly identifies Crispi as one of the longest-lived leaders in the struggle for Italian unification, the Risorgimento. He was a contemporary of Italy’s first King Vittorio Emanuele II; his prime minister, Count Camillo Benso di Cavour; republican activist Giovanni Mazzini; and warrior Giuseppe Garibaldi.

His family was of Albanian ancestry, one of thousands of refugee families from Ottoman Turkish conquest who formed the Catholic Byzantine Rite that retained Greek liturgy while maintaining union with the pope. He would die an outspoken freemason and atheist.

As a young man he took part in the 1848 rebellions against Bourbon King Ferdinando II of the Two Sicilies, was condemned to death and fled to Piedmont and on to France. He took part in Garibaldi’s 1859 invasion of Sicily, then served for decades in the parliament of united Italy ruled by the House of Savoy. He wrote to a disappointed Mazzini in 1864 that he now supported the new Kingdom of Italy because “The monarchy unites us; the republic would divide us.”

Crispi is best remembered for his colonial policy that led to the Italian invasion of the ancient kingdom of Ethiopia and the disastrous defeat of Italian forces by Emperor Menelik II at Adowa in March 1896.

This was the worst colonial defeat of a European power up to that time, which had long-lasting effects down to Fascist dictator Benito Mussolini’s invasion of Ethiopia in 1935 to 1936. 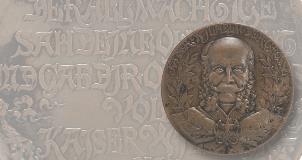