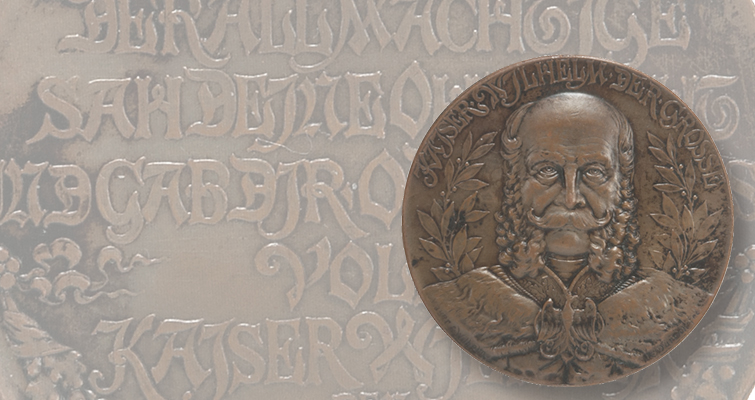 An 1897 medal by H. Dürrich marked the centenary of the birth of Prussian King Wilhelm I, naming him Kaiser Wilhelm the Great. 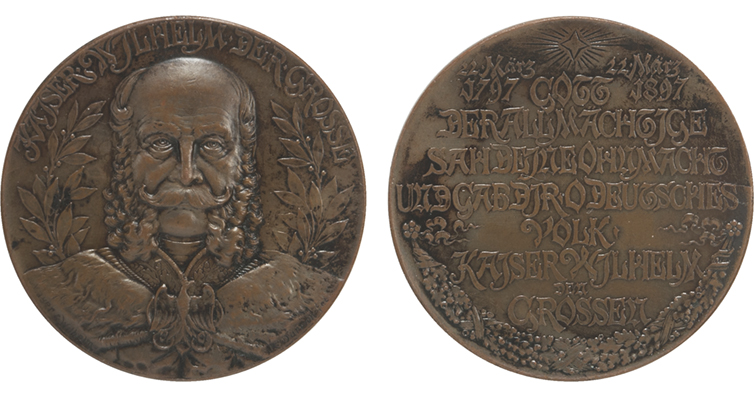 A 45-millimeter bronze medal by H. Dürrich marks the centenary of the birth of Prussian King Wilhelm I, naming him Kaiser Wilhelm the Great.

Few world leaders successfully bore the honorific “the Great” during their lives or after.

In 1888, an effort was made to declare Prussian King Wilhelm I as Wilhelm der Grosse. An 1897 medal by H. Dürrich marked the centenary of his birth, naming him Kaiser Wilhelm the Great.

Prussia grew from the domains of the Margraves of Brandenburg into a hard-driving military state. Its “Greats” included such Hohenzollern rulers as Great Elector Friedrich Wilhelm (born 1620, died 1688) and King Friedrich II (ruled 1712 to 1786) universally remembered as Friedrich the Great.

Wilhelm I realized and accepted his own limitations.

He teamed up with Chancellor Prince Otto von Bismarck and military leaders Albrecht von Roon and Helmut von Moltke. Prussia then defeated in succession Denmark, Austria and the South German states and finally imperial France. Each victory drew the German states closer to Prussia, and on Jan. 18, 1871, Bismarck engineered the proclamation of his master as Wilhelm I German Emperor and King of Prussia in the Hall of Mirrors at Versailles.

Not Emperor of Germany, but German emperor over a federal union of 25 states under the primacy of Prussia. Wilhelm lived until 1888, increasingly revered as “the Wise Kaiser.” Upon his death much effort was expended on remembering him as Wilhelm the Great, but only medals such as this recall this effort. 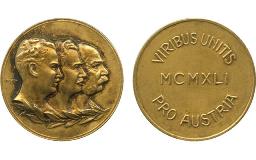