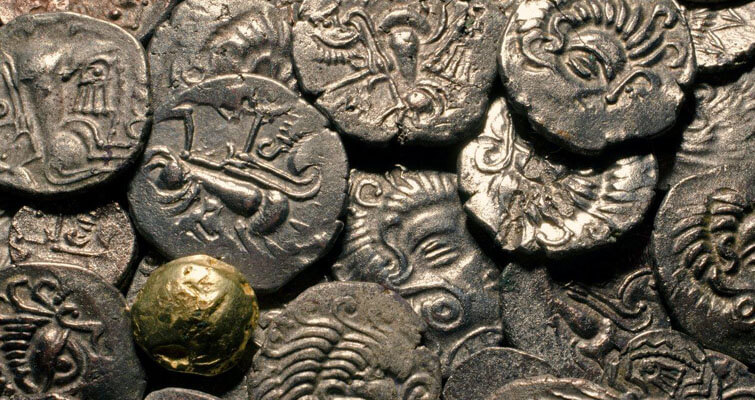 These coins were buried by a French tribe of Celts after 50 B.C., and were discovered in 2012. It has taken three years, but they've finally all been separated. 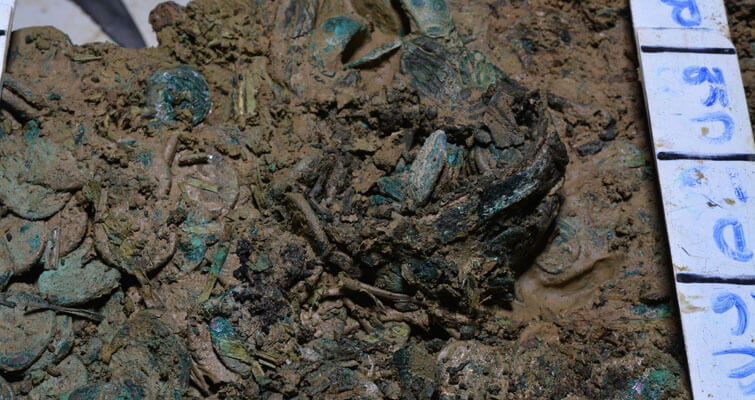 The hoard, buried for more than 2,000 years, was brought out of the ground as one big chunk. Archaeologists and their assistants picked each coin out, one by one. 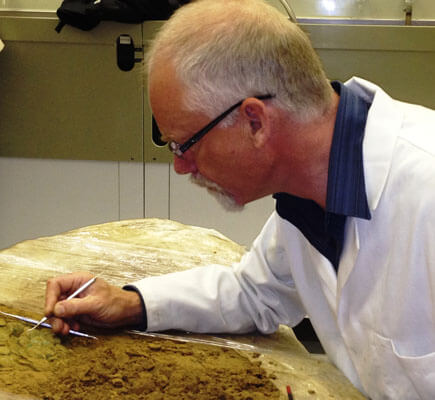 Lead conservationist Neil Mahrer diligently works on a large chunk of coins at the Jersey lab.

You might remember when, in 2012, the Jersey Heritage organization was alerted to what would be called the Catillon II hoard, some 70,000 Celtic coins from the Iron Age, all clumped together.

Well, it’s a clump of coins no longer, as researchers have concluded separating each individual coin.

Unearthed by detectorists Reg Mead and Richard Miles, who had been searching in the Grouville area since the early 1980s, on the east side of the island of Jersey, the excavation was quickly turned over to a team of archaeologists from Jersey Heritage, the Société Jersiaise and Guernsey Museum. It is believed that this collection was buried by a tribe of French Celts more than 2,000 years ago, from around 20 to 50 B.C.

During the earlier part of that time in history, Julius Caesar was leading the Romans into the land populated by the Celtic natives. By 56 B.C., a historic shift in power was taking place in the Channel Islands that sit in the English Channel between England and France, which include Jersey, Guernsey and Alderney. The islands became part of the Roman Empire and a fixture in the empire’s trade routes.

The gigantic hoard is far and away the largest group of Celtic coins ever found.

It took the Jersey Heritage team three years to remove each coin, one at a time, and build a virtual model of the hoard. Jan. 20, 2017, marked the last day that this clump of coins existed as an object, as the final few coins were separated. The conservation team couldn’t be happier with what they’ve accomplished.

Neil Mahrer, who led the three-year-long project, called the conclusion of coin separation “a significant milestone.”

“It has been painstaking but thoroughly intriguing work, which has delivered some very unexpected and amazing finds along the way,” Mahrer said.

Researchers are not done with the individual coins, however.

Mahrer said, “There is still plenty to do and I am sure the hoard will continue to surprise us as we clean and record the material.” 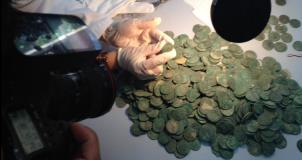 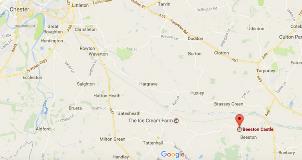