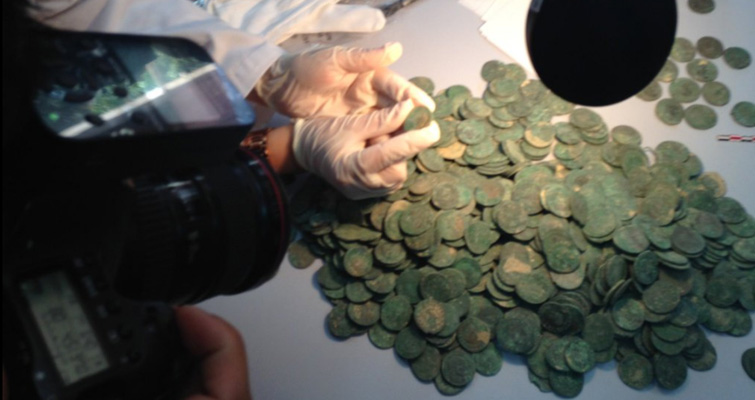 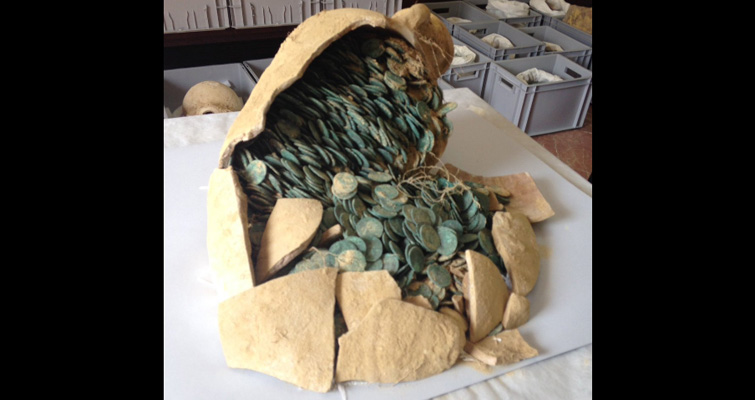 You never know when an everyday situation can turn historic.

Such an event occurred in April in Tomares, Spain — a small town about five miles from Seville — when a team of construction workers installing electricity in a park unearthed an incredibly large haul of Roman coins.

More than 50,000 coins were found in 19 jug-like vessels called amphoras. Nine of the amphoras were fully intact.

The actual weight of the haul was over 1,300 pounds (590 kilograms), according to a CNN report.

The workers halted their project when they realized what they had come across. It is believed that the machines used during the construction caused some of the breakage among the 10 shattered amphoras.

The coins are mostly bronze, but feature a small percentage of silver — less than 4 percent.

“These coins are, for the most part, in very good condition of conservation,” Ana Navarro, director of the Museo Arqueológico de Sevilla, said.

When were the coins stashed away underground?

“We have been able to read for sure inscriptions for Diocletianus, Maximianus and Maxentius; almost certainly for Constantius I and probably for Severus II, on several coins, randomly selected,” Navarro said. “Thus at least on a preliminary basis, we could date this hoard to Tetrarchic times, a political system established by Diocletian [in] 293 to govern the vast Roman Empire that [lasted] until [the early third century] … when Constantine I defeated Majentius at the battle of the Milvian Bridge.”

These bronze coins were of the follis denomination, and due to the 5 percent silver content, they appear to have a higher silver content than they actually do. The silver is concentrated on the surface, and still gives a shinier look from certain angles.

There’s still plenty to learn about the history behind these coins.

What we do know is that this was a unique time of Rome’s rule. The Tetrarchy period saw four men rule with equal amounts of power. The thought behind this method was that the government would be able to handle issues from all corners of the empire without a ton of strain on one ruler.

During this era, millions of coins were struck, under the names of 15 different people. Coins like the ones found in Tomares are readily available. They feature simple art, and are neatly struck. Most collectors liken them to a fine wine of sorts; they’re an acquired taste.

Navarro said that “only hypothesis and mere conjectures” can be offered as to the reason for the hoard. An “in-depth archaeological and numismatic study” will hopefully turn up more info, she indicated. 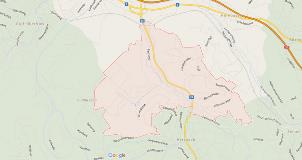 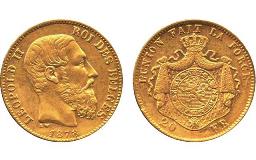