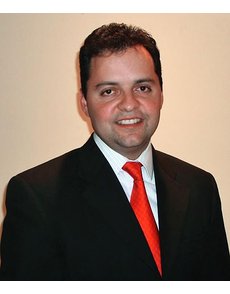 Logo for the newly launched Certified Assets Management International LLC, which will have its headquarters in Stamford, Conn. 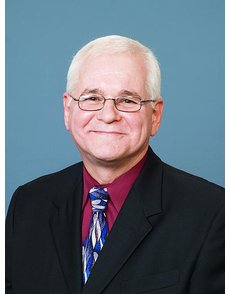 With those goals in mind, the two have teamed to launch Certified Assets Management International LLC, a company headquartered  in Stamford, Conn., that will buy and sell numismatic items and precious metals, identify investment opportunities in the market, and manage numismatic investment funds.

According to a press release issued Oct. 31, one of the funds will initially seek to acquire up to $250 million worth of rare coins.

Higgins, who has been a professional numismatist since 1979, is president of Certified Asset Management Inc., Wilmington, Del. Before founding his own company, Higgins administered Rare Coin Enterprises (a rare coin fund sponsored by Delaware Valley Rare Coin), which operated for three years before a second fund, Rare Coin Alliance LTD, was established.

Washington is CEO and chief investment officer of Mercury Fund Management LLC. Prior to founding Mercury Fund Management, he worked for seven years in the asset management industry. He earned a bachelor of science in economics from the Wharton School of the University of Pennsylvania as well as bachelor’s and master’s degrees in systems engineering at the University of Pennsylvania. He has been involved in numismatics, both as a collector and as an investor, for nearly two decades.

In a Nov. 1 interview with Coin World, Higgins offered that “if we do our jobs well, we can participate in markets just like everyone else.”

He observation, in part, was in reference to the fact that previous Wall Street incursions into the rare coin market have been brief and not always successful.

“It’s time for someone to do it the right way,” he said.

Higgins believes his experience in managing numismatic investment funds will prove valuable in this new venture.

From 2002 through early 2005, he and Don Ketterling managed $6 million of the State of Ohio’s Capital Coin Fund II, which invested $25 million in rare coins.

Higgins said he and Ketterling bought and sold rare gold and other numismatic rarities for the Ohio fund, which returned a gross profit of 53.3 percent the first year, 53.1 percent the second year and 65.7 percent the third year.

Success and performance of sectors within CCF II, he said, were obscured and never widely disseminated because during the high-profile trial in which Tom Noe was convicted of stealing $13 million from the state of Ohio’s two rare coin investment funds, the trial judge would not allow into evidence the fact that the funds had been successful and that they had in fact returned millions of dollars in profit to the state of Ohio.

Higgins explained that the two rare coin investment funds in Ohio were “closed funds” in that the state of Ohio was the sole investor.

He said that among the products CAMI will offer are “open” investment funds that will meet Securities and Exchange Commission requirements. He noted that with private placement “open” funds, both qualified individuals and institutions will be able to invest.

Higgins said that CAMI will never be in possession of the funds’ assets. All numismatic and precious metals holdings of the funds will be stored in segregated storage at independent, highly secured insured depository corporations, and non-numismatic assets (such as cash) will be held by a third-party custodian in brokerage accounts in the names of the specific funds.

He noted that all coins brought and sold by the funds will be authenticated and graded by either Professional Coin Grading Service or Numismatic Guaranty Corp.

Also, investors will be able to track their investments in portfolios using special software developed by CAMI.

“Our online portfolios will be updated constantly,” Higgins said.

He said that the coin investment funds will buy and sell U.S. coins initially but that “once we get started, we will be looking at foreign coin markets, too.”

In the future, Higgins added, he expects to see a truly global rare coin market.

Another product that CAMI plans to offer, Higgins said, is very much needed in the rare-coin market.

“Cash flow is often a big problem in the rare coin market. That’s why we will have a fund that will be able to loan money against coins and other numismatic holdings.”

Higgins envisions a collateral finance fixed income fund that will offer a fixed rate of return.

He explained that for the investor, the fund will provide an annual fixed rate of return and will be secured by physical assets.

Borrowers, he said, will be able to obtain competitive market loan rates and borrow against their numismatic holdings.

CAMI has scheduled a press conference for Nov. 17 at the Whitman Coin & Collectibles Baltimore Expo.

Additional information about CAMI is available at the website www.CertifiedAssets.com. ¦