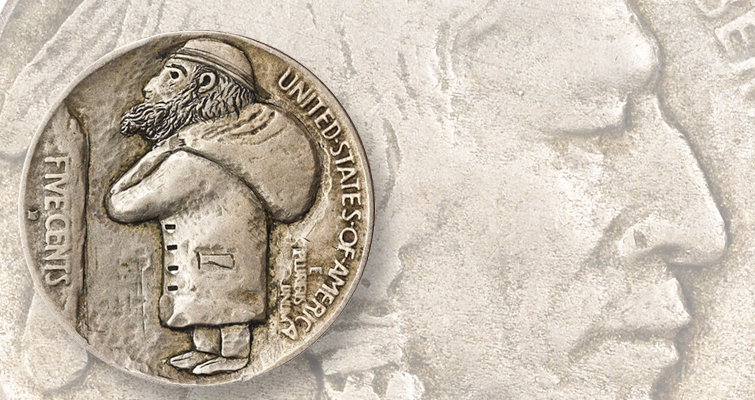 A clever carver transformed the bison on the reverse of a 1913-D Indian Head, Bison on Mound 5-cent piece into a standing hobo with a backpack and a nifty hat. It sold for $1,762.50. 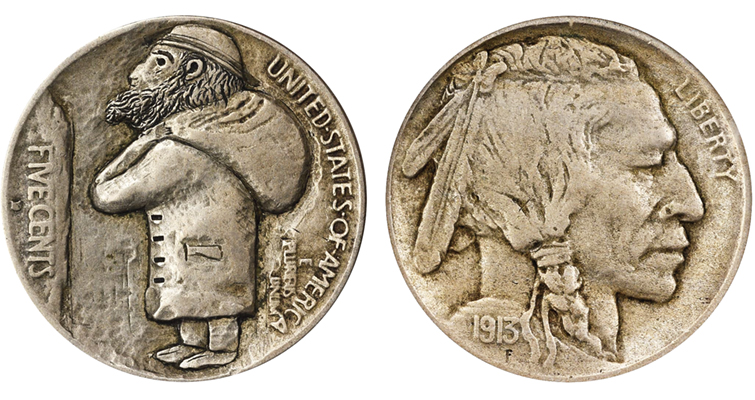 The bison on the reverse of this 1913-D Indian Head, Bison on Mound 5-cent piece was transformed into something creative and distinctive.

While most collectors think of the Native American profile on the obverse of the Indian Head 5-cent piece as being the canvas for hobo nickel carvers, the bison on the reverse also provided opportunities for creative artists. Some carvers turned it into other animals, including turtles, while others transformed it to a standing hobo.

Kagin’s offered a carving by an unknown artist who transformed the bison on a 1913-D Indian Head, Bison on Mound 5-cent piece into a standing hobo with a backpack, wearing a snappy hat and an impressive beard. Kagin’s writes, “The long coat, with pockets, is nicely done and the surrounding field has been dressed, leaving only the original lettering. Reverse carvings of this caliber are very much in demand, especially when this well done.” The charming carving, graded as Superior quality using the designations utilized by the Original Hobo Nickel Society, sold for $1,762.50. 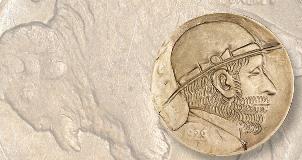 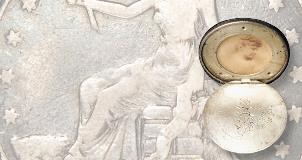