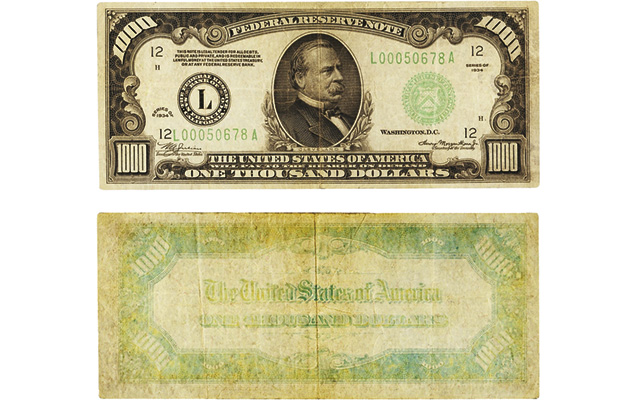 It was graded PCGS Currency Very Fine 20 Apparent for its appearance, “washed; back faded and discolored,” according to the grading service label on the holder. Though the back design is very faint, the note is still a high-denomination piece, which is always attractive to collectors.

Taking second place in the prices realized was a uniface 1861 $20 Confederate States of America note featuring a portrait of Alexander Stephens, front and center, in the design. The note sold for $528.75.

The note was graded PCGS Currency Very Fine 20. According to the catalog description, the note is “a scarcer Confederate type note” and “very well margined with superb color and boldly executed signatures.”