Early half dollars from Chicago Collection star in Legend sale 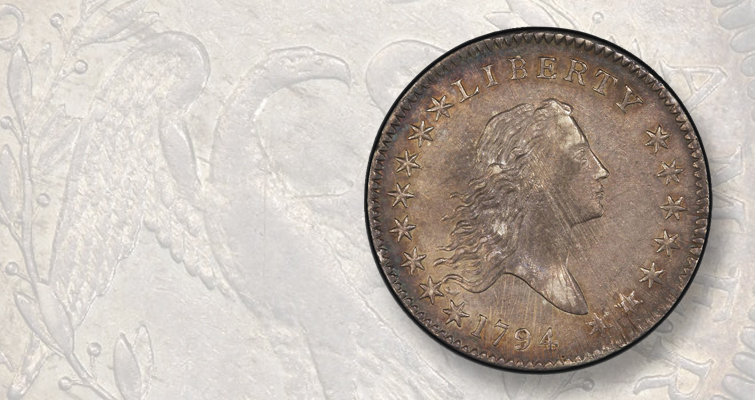 The finest-known 1794 Flowing Hair half dollar of the O-106 die marriage, graded AU-58 with a green CAC sticker, leads the Chicago Collection of Early Half Dollars at Legend’s Regency Auction 47. 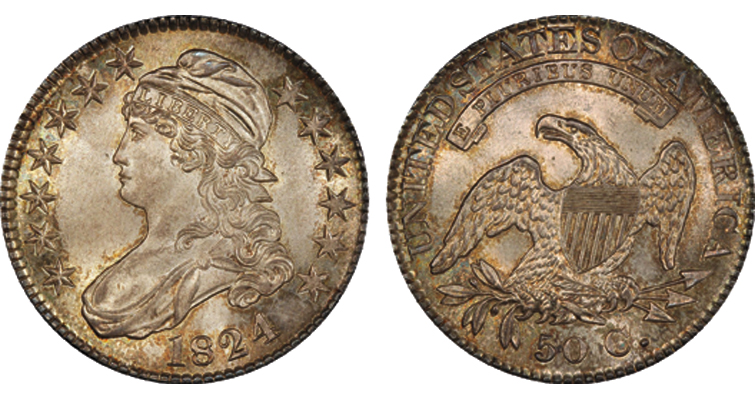 Among the finest-preserved coins in the offering is an O-116 1824 Capped Bust half dollar graded MS-66+, with a green CAC sticker, that spent time in the legendary Eliasberg and Pogue collections. 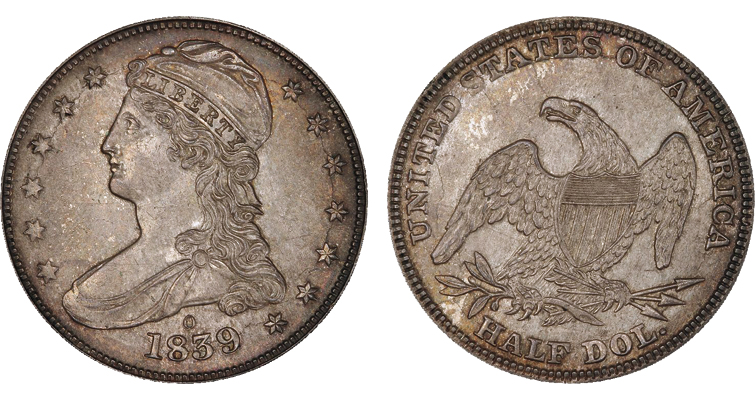 The set closes with a CAC-approved MS-64 1839-O Capped Bust, Reeded Edge type half dollar with the distinctive New Orleans Mint mark on the obverse.

The Chicago Collection of Early Half Dollars will headline Legend Rare Coin Auctions’ Regency Auction 47 in Las Vegas on Sept. 2. Highlights will be on display at the American Numismatic Association World’s Fair of Money in August.

Legend shared in a press release that the collection is “the #1 Professional Coin Grading Service Registry Set of Early Half Dollars, and a complete ‘Red Book’ Variety Bust Half Set.”

According to Legend, “This incredible collection features over 30 coins that are at least tied for finest-known honors at PCGS, including an astounding 25 that are the single finest-known at the service.”

Starting the set is the first year of the denomination, a 1794 Flowing Hair half dollar of the Overton 106 variety graded About Uncirculated 58 by PCGS that also carries a green Certified Acceptance Corp. sticker acknowledging quality within the grade. It was most recently offered publicly by Stack’s Bowers Galleries at its August 2010 Boston Rarities auction, where the website lists it as sold for $175,000.10, just a dime over the reserve price. That cataloger stated, “Criss-crossing adjustment marks over and around the obverse portrait are as struck and, in conjunction with a thin, vertical graze on the eagle’s breast, should serve as useful pedigree markers,” further observing, “Partial mint luster remains — a highly desirable characteristic that is best appreciated at direct light angles.”

Despite the planchet irregularities, it is the finest-known example struck from the O-106 die pair. The fourth edition of Donald L. Parsley book Early Half Dollar Die Varieties: 1794-1836 states, “All observed specimens show a [reverse] die crack from edge to pair of leaves below first S [in STATES].” The absence of this diagnostic on the offered half dollar indicates that it is likely among the first coins struck from these dies.

A collector looking for a single coin to represent the Capped Bust type would do well to consider an 1824 Capped Bust half dollar graded MS-66+ by PCGS with a green CAC sticker that was last sold in 2016 at Stack’s Bowers and Sotheby’s Part III offering of the D. Brent Pogue Collection. There it brought $32,900.

It is the finest-known O-116 1824 half dollar and has a provenance that carries back to famed Baltimore financier Louis E. Eliasberg Sr. It was offered by Bowers and Merena at its April 1997 Eliasberg auction.

The set’s final coin — and the only one with a Mint mark — is its MS-64 1839-O Capped Bust, Reeded Edge half dollar graded by PCGS with a green CAC sticker. Dick Graham wrote in his 2012 book A Registry of Die Varieties of Reeded Edge Half Dollars, 1836–1839, “Three pairs of dies dated 1839 were shipped to the New Orleans Mint from Philadelphia in February and March of 1839 and arrived in late March and early April of 1839. The first coining of half dollars commenced shortly after the dies arrived, as the mint was anxiously awaiting their arrival, and approximately 178,976 were struck and delivered during 1839 from the new branch mint at New Orleans.”

The 1838-O Capped Bust half dollar is a rarity, making the 1839-O the only collectible example of the two-year Obverse Mint mark, Capped Bust, Reeded Edge subtype. 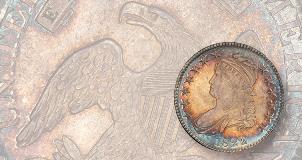 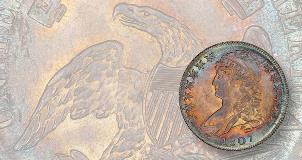 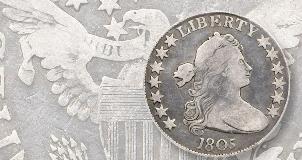