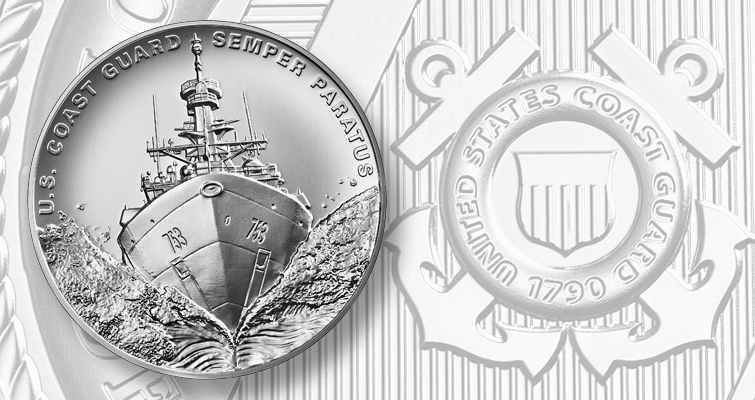 The 1-ounce .999 fine silver version of the Matte Finish U.S. Coast Guard medal is scheduled to be offered for sale by the U.S. Mint beginning at noon Eastern Time Sept. 26.

The medal is being produced without a mintage limit since it is part of the Mint’s ongoing medals catalog.

Already released 1-ounce issues recognizing other branches of the U.S. military were offered for $65 initially. The price is subject to change based on movement in the spot price of silver. The 2.5-ounce version of the Coast Guard silver medal was put on sale Aug. 17, 2021, at $160 per medal with a mintage limit of 10,000 pieces; 9,848 of the larger medals were reported sold.

The obverse of both versions depicts a Coast Guard national security cutter at full throttle, speeding head-on toward the viewer. The hull number 753 identifies the cutter Hamilton, named for Alexander Hamilton. The reverse design depicts two iconic symbols of the Coast Guard, a life preserver ring and the racing stripe mark, which is found on almost all Coast Guard craft. The racing stripes are depicted with a heraldic hatching tradition to indicate color, with horizontal lines indicating the color blue and vertical lines indicating red. 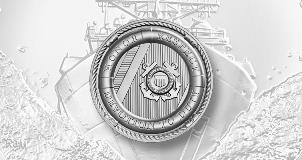 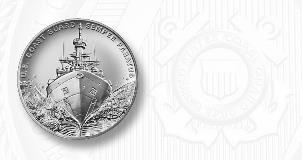 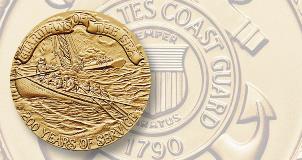