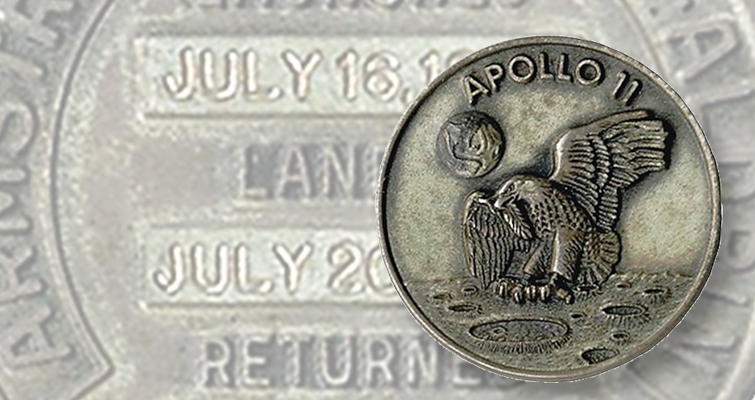 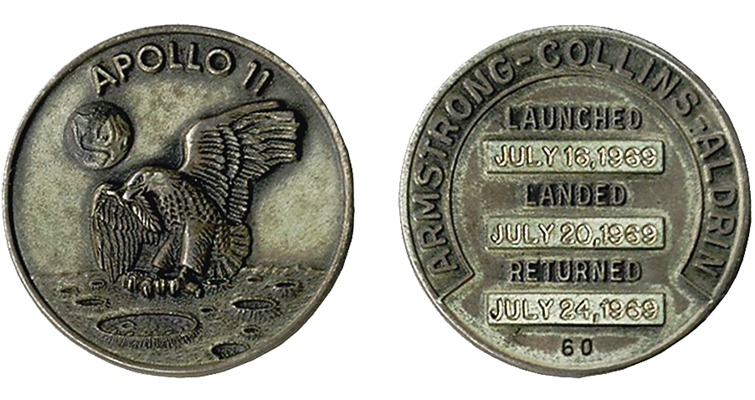 One of an undisclosed number of space-flown Apollo 11 Robbins medals obtained by astronaut Buzz Aldrin sold May 25 in a Nate D. Sanders Auctions sale for $34,375.

The unnamed consignor of the sterling silver Robbins medal is reported to have received the medal directly from Aldrin.

The 28-millimeter medal from the Sanders auction depicts on its obverse the Apollo 11 insignia featuring APOLLO 11 inscribed above and an eagle with an olive branch in its beak landing on the surface of the Moon, with the Earth illustrated in the distance. The medal's reverse is inscribed around with the surnames of the Moon-landing mission's astronauts, Neil Armstrong, Michael Collins and Aldrin. Collins designed the Apollo 11 insignia.

The serial number 60 is engraved in the field just below the tablet bearing the landing date.

Of the 450 medals struck for the Apollo 11 mission, 440 were carried aboard the spacecraft.

Prior to the Apollo 7 mission, astronauts sometimes took with them on their flights various souvenirs, including coins and paper money. Those items also appear at auction periodically.

Several other examples of the Apollo 11 Robbins medal also previously owned by Aldrin have sold at auction.

Medal number 126 previously owned by Aldrin sold in a RR Auction sale. RR Auction has sold a number of the Apollo 11 Robbins medals. 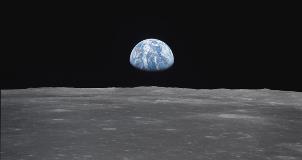 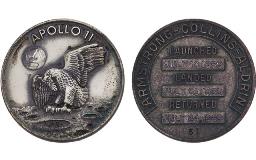 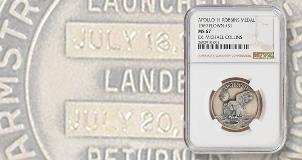