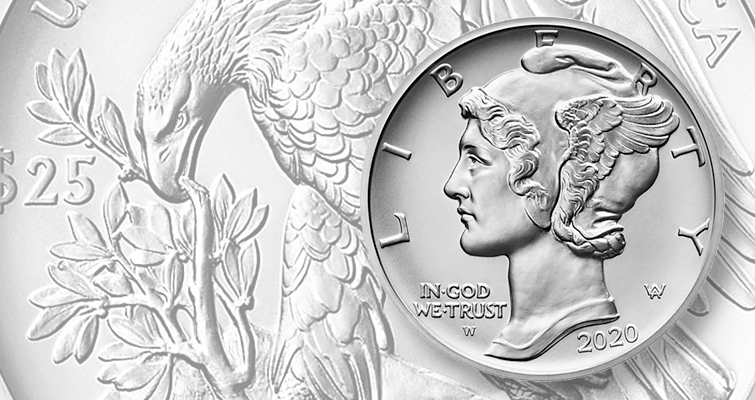 The Uncirculated 2020-W American Eagle palladium coin is limited to an issue of 10,000 coins.

The Uncirculated 2020-W American Eagle palladium coin will be limited to an issue of 10,000 coins when released by the U.S. Mint at noon Eastern Time Sept. 24.

Specific pricing for the coin, subject to change with fluctuations in the spot price of palladium, will be announced closer to the release date. Orders will be limited to one coin per household.

The 2017 and 2018 issues sold out, but while sales for the Reverse Proof 2019-W American Eagle palladium coin surpassed the edition limits of the two prior coins, sales slowed well shy of reaching the doubled amount available for the 2019 edition. As of the U.S. Mint’s Aug. 16, 2020, sales report, just 17,691 of the maximum 30,000 coins authorized were sold. The numismatic product is still available to interested buyers, and as of Aug. 24, was being offered at $2,850 per coin. 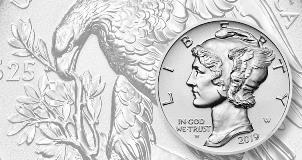 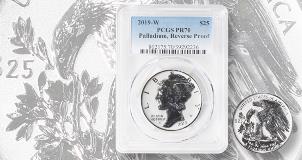