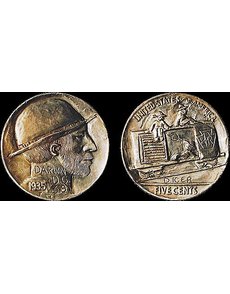 The record price of $24,200 for a hobo nickel was paid for this double-sided carved Indian Head 5-cent coin fashioned by the hands of renowned hobo George Washington “Bo” Hughes. 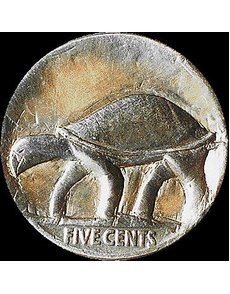 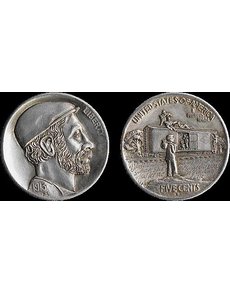 A collector paid $2,200 to acquire this double-sided hobo nickel carved in 2012 by master engraver Ron Landis. 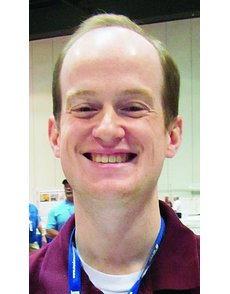 The record lot, once part of the Bill Fivaz Collection, is believed to have been carved in the late 1930s by hobo George Washington “Bo” Hughes.

The 132-lot OHNS auction was held in conjunction with the society’s annual meeting during the Florida United Numismatists Convention in Orlando.

A hobo nickel is generally an Indian Head 5-cent coin on which an artist has altered the original designs on the obverse or reverse and sometimes both sides. The alterations are usually achieved by carving or similar means to move or reshape the metal of the coin.

During the early part of the 20th century, the pieces of folk art were often exchanged by the rail-traveling hobos for food or lodging.

The cut-off date for hobo nickels referred to as original or classic is arbitrarily set at 1982, the date when Del Romines’ first book, Hobo Nickels: Prisoner Nickels, Shop Tokens, Modern Engravings, was published, according to Fivaz, a specialist in hobo nickels.

“Shortly after that was published, there was a plethora of modern carvers copying the old ones in the book and making what we used to refer to as ‘neo-Bos,’ now referred to as modern carvings,” Fivaz said.

Chris Dempsey, a coin dealer with Dempsey & Baxter in Erie, Pa., placed the record-setting bid for the hobo nickel. Dempsey is also the OHNS webmaster. He has been collecting hobo nickels for the past four years.

Dempsey said he likens the record-setting hobo nickel to an 1804 Draped Bust dollar. The engraved 5-cent coin is the “rarest of the rare” among classic hobo nickels, each of which is unique in design. Dempsey said when he learned six months before the auction that the piece would be offered for sale, he said he had to have it.

“I bought it for me,” Dempsey said.

Plated in Joyce Ann Romines’ reference, Hobo Nickel, the record-setting piece is carved on both sides of a 1935 Indian Head 5-cent coin.

On the obverse, Sculptor James Earle Fraser’s original Indian Head design has been fashioned into a bearded man wearing a derby. Cut into the neck in three lines is DARWIN / D.C. / 39, indicating, according to the auction lot description, probably when and where the carving was done.

The bison reverse has been artistically transformed into a railroad boxcar, with two hobos on the roof and one visible inside. The boxcar’s side bears the keystone insignia of the Pennsylvania railroad. The word DICER, inscribed in the field below the boxcar but above the exergue, refers to a fast freight train. The hobo insignia inside the doorway — a circle with a left-to-right descending diagonal line through it — indicates a good road to travel.

Fivaz said the coin was the last original hobo nickel he possessed after handling more than 250 original pieces during more than 20 years of collecting them.

According to Ralph “Bazoo” Winter (OHNS members adopt hobo nicknames upon joining the club) — editor of the OHNS journal, Bo Tales — the previous record for an original hobo nickel was set during the OHNS’s 2012 auction.

The previous record of $13,750 at the FUN convention, which included a 10 percent buyer’s fee, was paid for a single-sided carving by hobo Bertram “Bert” Wiegand, Bo’s mentor, on the obverse of a 1915 Indian Head 5-cent piece.

On that Bert carving, the Indian Head has been transformed into a bearded man with derby. In addition, the piece was signed by Wiegand, who removed letters from the inscription LIBERTY to spell BERT.

The 2013 sale realized a total of $72,385.20, which includes the 10 percent buyer’s fee added to the final hammer price of each lot. The auction total established a record for total prices realized for an OHNS sale. The sale was open to only OHNS members.

Other notable pieces from the 2013 sale include:

? Bearded man with derby carved by Bert from the obverse of an Extremely Fine 1913 Indian Head, Bison on Mound 5-cent coin, $3,300.

? Modern carving by master engraver Ron Landis on a 1913-D Indian Head, Bison on Mound 5-cent coin, completed in October 2012 to mark the 2013 centennial of the hobo nickel.

Fivaz believes the interest in hobo nickels in general, and specifically the original carvings, stems from the stories behind them.

“They are true Americana, and part of the history of this country, testimony to the difficult times during the Great Depression when so many were out of work and literally fighting for their lives,” Fivaz said. “The original or classic carvings, mostly done with crude implements and often by the light of a hobo campfire during the first half of the last century, can be anywhere from crude to superior, depending upon the artist’s skill and imagination.

“We feel the vast majority of the nickels that were carved during those tough times are not in collector’s hands but hidden away in dresser drawers, jewelry boxes or dusty trunks in the attic. Folks don’t know what they are, but [think] ‘they’re neat, and I’m gonna keep it.’ “

For a multitude of reasons, the classic pieces are “bringing prices that were never imagined” previously,” Fivaz said.

Winter said the increased interest in hobo nickels can also be attributed to promoting membership in OHNS, publication of Bo Tales, and the OHNS website at www.hobonickels.org.

The Internet and eBay have made many aware who had never heard of hobo nickels, Winter said.

Serious hobo nickel collectors may seek only original pieces, or only modern carvings, while some enjoy both, like he does, Winter said.

“The big reason prices have increased is that there are many more serious hobo nickel collectors who are willing to pay for better examples and compete for them in auctions like our OHNS sale or on eBay,” Winter said. “Although we set a record for a single hobo nickel and also for a total, the hammer prices in our OHNS auction were a little soft for many lots. Prices for similar hobo nickels on eBay have been going higher.

“We were missing three or four ‘big guns’ at our auction this year. Many of us think there were some real bargains to be had this year,” Winter added, commenting on the softer prices. ¦