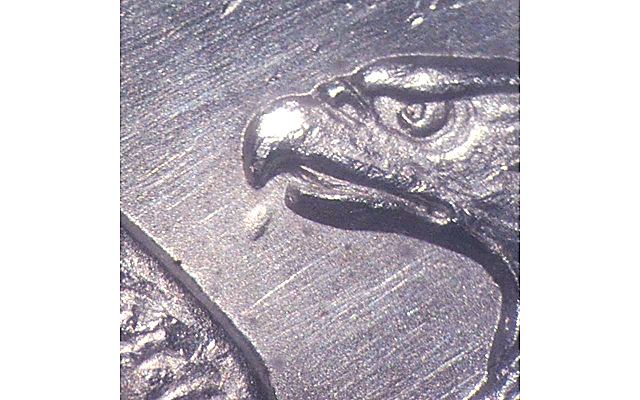 A well placed die gouge below the beak is responsible for the whimsical nickname "spitting eagle." 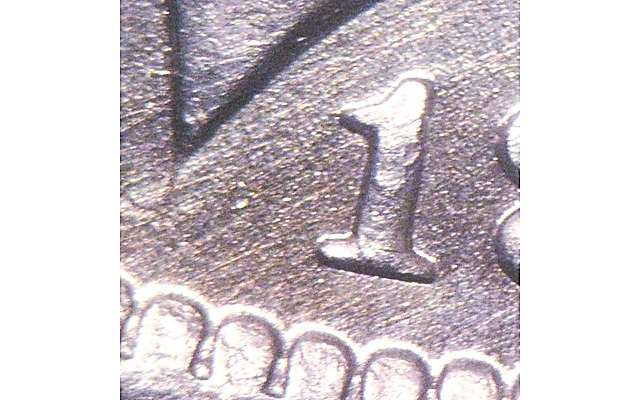 The most common 1891-CC Morgan dollar marriage, VAM-3, pairs the "Spitting Eagle" reverse with an "almost near" date obverse. 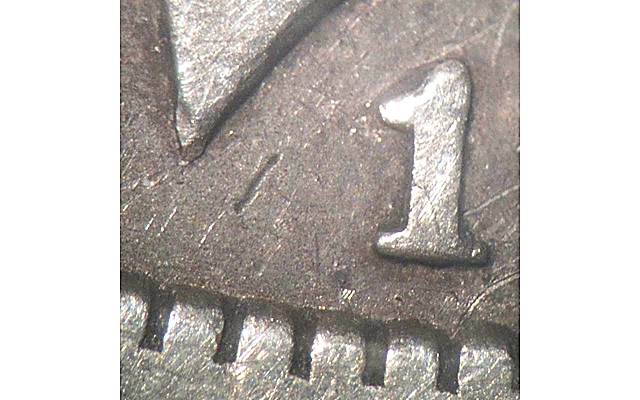 The recently discovered VAM-7 shares the familiar reverse, but its date is set almost a full dentil further to the right. 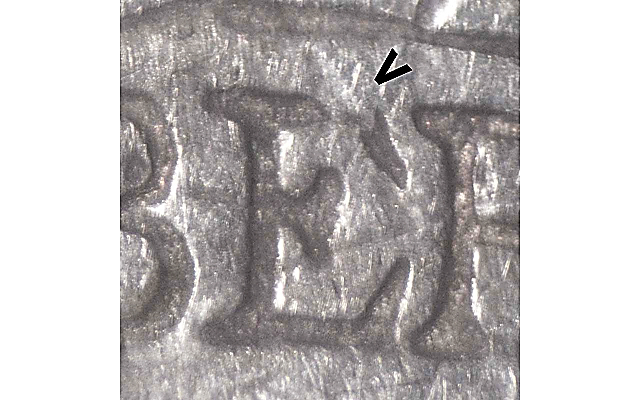 The new Top 100 variety may be further identified by a strong die gouge in the top of the E of LIBERTY.
Previous
Next

One of the biggest surprises last year within the field of Morgan dollar variety research was the discovery of a second “Spitting Eagle” die marriage.

The most common 1891-CC Morgan dollar die pairing has an oval-shaped die gouge strategically placed just under the eagle’s open mouth. It was first reported for other features in the 1964 List of Die Varieties of Morgan Head Silver Dollars by A. George Mallis. Along with co-author Leroy Van Allen, he later listed it as VAM-3 in the Comprehensive Catalog and Encyclopedia of Morgan & Peace Dollars. Further attention followed in The Top 100 Morgan Dollar Varieties: The VAM Keys by Michael Fey and Jeff Oxman.

The VAM-3 Morgan dollar also displays a repunched Mint mark (the feature Mallis first took note of) and a fairly nondescript obverse. The variety is one of the few components of the Top 100 that does not command a premium over “normal” examples for its date.

In recent years, a small but growing group of collectors has tried to assemble sets in the lowest grade possible, commonly referred to as a “lowball” collection. With this in mind, a specialist sent a group of well-worn dollars to John Baumgart of Variety Slabbing Service for attribution. Baumgart recognized the distinctive reverse, but questioned if two of the coins submitted had the same obverse as VAM-3. Several days of discussion and research by a small group of VAM enthusiasts followed, and it was confirmed there was a previously unknown marriage.

In September 2013, Van Allen listed the find as VAM-7. The new Top 100 variety has its date set further right by almost a full dentil and the coin has a strong die gouge in the top of the E of LIBERTY. It is considerably harder to find than its VAM-3 counterpart.

The initial research strongly suggests the VAM-7 coin is rare, and only a small handful of additional examples have been found in the months since its discovery. However, a degree of caution should be exercised in any estimate of relative scarcity until a more complete picture emerges with time.