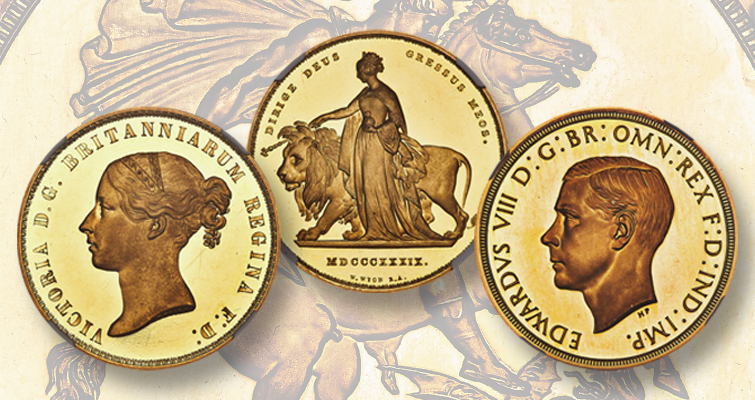 The current surge in interest in top-level coins isn’t seen exclusively in U.S. coins. The strong results of Heritage’s March 25 to 27 auction of The Paramount Collection of world and ancient coins showed that collectors are looking also to world coins — especially gold examples — as stores of value. When two top American gold coins from the collection that Heritage offered in February are added, the collection’s total comes to $48,476,663.

Heritage reported global participation, with more than 2,000 bidders from 28 different countries competing for what Heritage called “the most valuable World and Ancient coin auction held anywhere in the world.”

The depth of bidding was especially noteworthy, with 132 lots breaking the six-figure mark, led by a 1937 Edward VIII gold £5 pattern graded Proof 67 Ultra Cameo by Numismatic Guaranty Corp. NGC graded each of the coins, and the Paramount Collection was noted on the pedigree label. It was the largest denomination produced in Edward’s name, though his decision to abdicate the throne to marry Wallis Simpson kept production limited, and today just two remain in private hands. Heritage put the lot on the cover of the sumptuous catalog and called it “an absolute paragon in the field of British numismatics, and the undisputed star of the Paramount Collection.”

Also of note was a gorgeous example of a British 1839 Una and the Lion gold £5 sovereign graded Proof 63 Ultra Cameo by NGC that saw the sixth-highest price among the British coins in the sale, realizing $456,000. Heritage called the design by William Wyon “arguably the most iconic coin of the entire centuries-long British series.” Examples were produced as part of Victoria’s coronation Proof set, in a recorded mintage of just 400. The type is illustrated as number 88 and graces the cover of Ron Guth’s 2015 book 100 Greatest Women on Coins where he explains, “Lady Una was a character in Edmund Spencer’s The Faerie Queene, an epic poem from the Elizabethan era.” 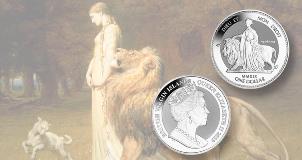 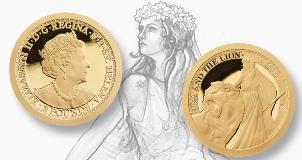