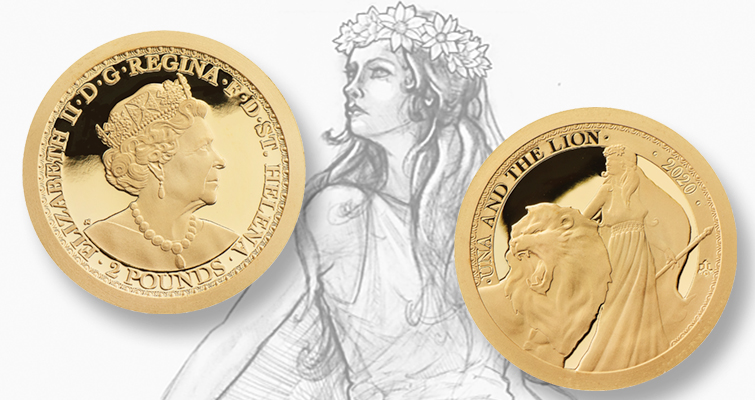 The legend of Una and the Lion is a familiar one, having been told on coinage for decades.

Taken from the Fairie Queene, written in 1590 by Edmund Spencer, the story of Una is one of beauty, endurance, honor and strength and she has a unique relationship with George and the dragon. It was Una who inspired George to slay the dragon in Spencer’s epic poem.

Una is a beautiful princess whose parents and kingdom are captured by a ferocious dragon. Her quest to free them from the dragon’s clutches becomes an epic journey of battle, adventure and romance.

During her quest she faces many challenges that test her humility and determination, including being confronted by a fierce lion.

The lion is so taken by her beauty and purity that he abandons his attack on her, becoming her protector and loyal companion.

Una enlists a knight to help her slay the dragon. Steadfast and true to her cause, Una’s virtues inspire the knight to slay the dragon and fulfill his destiny as the hero St. George, patron saint of England.

Three versions of the St. Helena coin are offered, all with a Proof finish and carrying the same basic design (only the denominations differ).

The half-gram and quarter-ounce gold are denominated £2, and the 1-ounce gold coin bears the denomination of £5.

Delivery of the coins is expected to begin after Nov. 4.

To order the coins, visit the East India Company website. 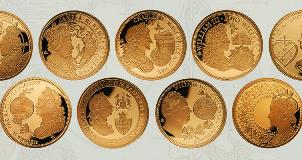 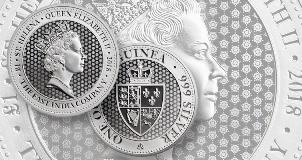 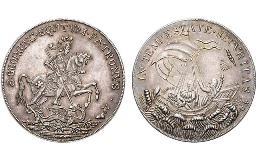