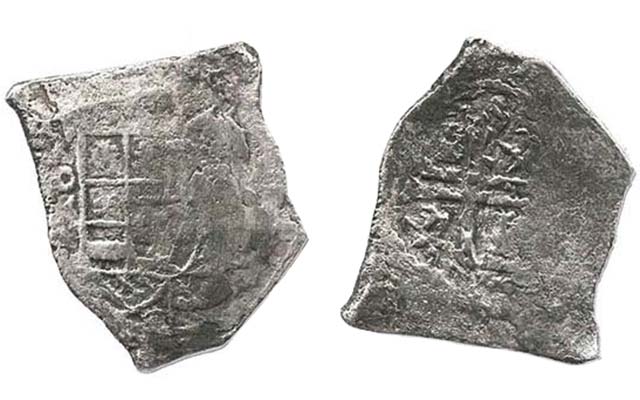 What is one of perhaps three coins available in private hands from an authentic wrecked pirate ship is re-entering the market in Daniel Frank Sedwick LLC's April 29 and 30 auction. 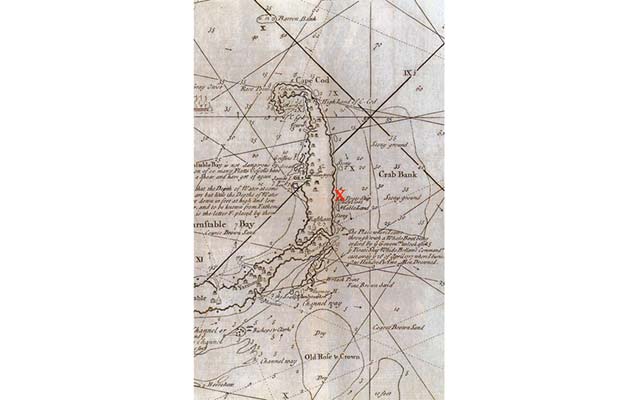 Massachusetts governor then, Samuel Shute dispatched Capt. Cyprian Southack, a local salvager and cartographer, to the wreck site, to help recover the treasure. Southack created this map of the site, which is marked in red. No treasure was located, but 102 of the Whydah crew and captives were recovered and buried. 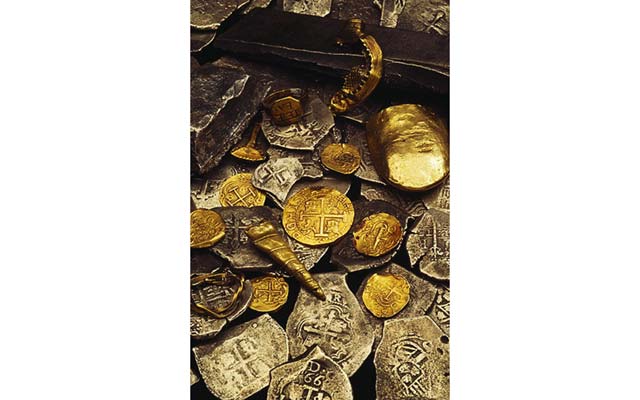 Almost all of the coins recovered from the Whydah have been put on display in a traveling exhibit coordinated through National Geographic. This image is courtesy of the Houston Museum of Natural Science. 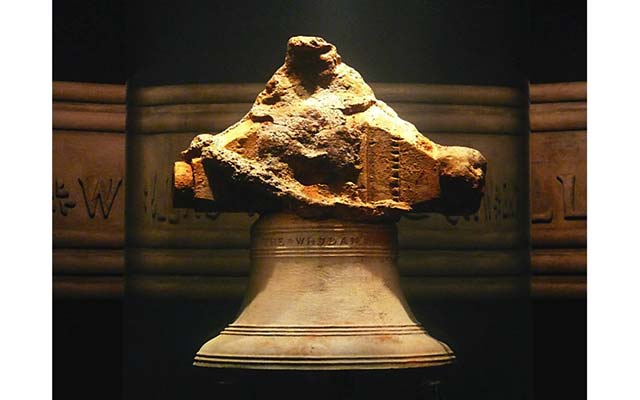 Discovery of the Whydah Gally's bell (as seen in this image courtesy of the Houston Museum of Natural Science) provided confirmation that salvor Barry Clifford and his team needed to authoritatively claim that the site they located was of the famed pirate ship. 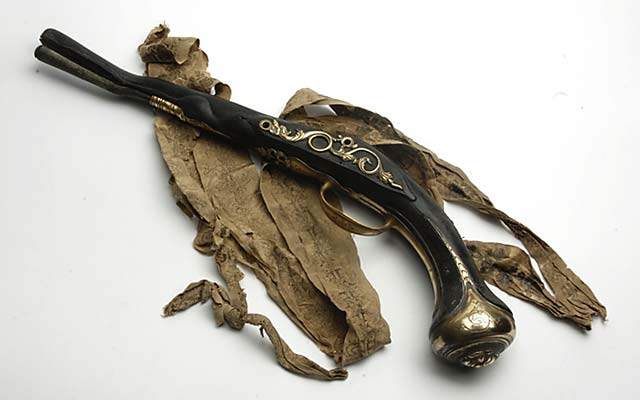 Pistols were among the many noncoin artifacts recovered from the wreck of the Whydah, and form part of a traveling display, seen here in an image courtesy of the Houston Museum of Natural Science.

Collectors desiring to own true pirate treasure have fewer than a handful of coins to consider.

One of at least three coins available in private hands comes from the wreck of the Whydah Gally, which was discovered by Barry Clifford and his team off the coast of Cape Cod in 1984. One of the coins is being offered in an April 29 and 30 auction conducted by Daniel Frank Sedwick LLC.

The Whydah is the only true pirate ship to have been located, and it carried a bundle of sunken treasure. But Clifford hasn’t sold any of the coins to the collector market. He instead put them on display at a museum in Massachusetts and sent them around the country in paid exhibits through National Geographic, which has also produced a video documentary about the wreck and its recovery. Recovery efforts were ongoing as recent as late 2013, and coins continued to be discovered then.

However, according to Agustin "Augi" Garcia with the auction firm, early on in the recovery efforts, a small number of coins were distributed to investors and family. Many of those coins were bought back by the salvors, but some were never located and returned. The Sedwick firm has previously sold two other known examples, Garcia said, but "there may be a few more" out there, he said.

The example now being offered in the Sedwick auction was consigned by shipwreck expert and author Tom Sebring.

The silver 8-real coin was struck at the Mexico City Mint during the reign of Philip V, and the partial date suggests it may have been made in 1712, a few short years before it was likely captured from 1715 Spanish Plate Fleet ships by the pirate Bellamy.

Sebring told Sedwick that “he got more enjoyment out of owning this coin than any other shipwreck piece in his collection,” according to the auction firm.

How the coin came to the market is unclear, but the demand for real pirate treasure can’t be denied.

For more information about the auction, or to bid, visit the firm’s website.