Counterfeit bullion: a plague on the market 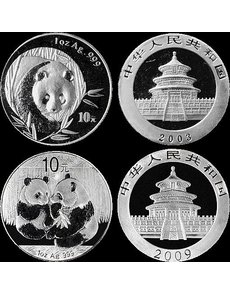 Among the counterfeit Panda 1-ounce silver bullion coins passed at Coins+ in Cincinnati were these two pieces, dated 2003 and 2009. 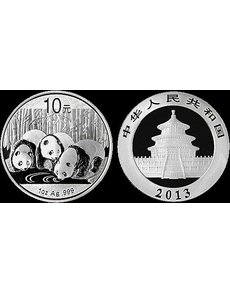 Counterfeits haven’t been reported yet for the 2013 Panda silver bullion coin. Shown is a genuine example. 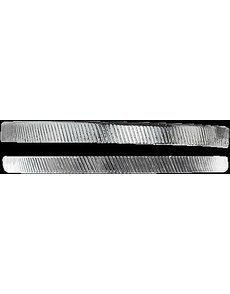 While the edge reeding on a fake 2009 silver Panda, bottom, is slanted like that of a genuine 2013 Panda, top, the reeding and rim on the genuine piece is sharp and uniform, while on the fake it’s mushy and rough. 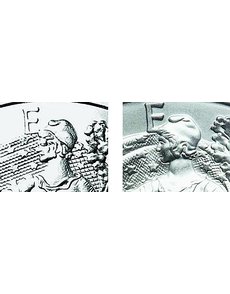 Fake 2011 American Eagle silver bullion coins that began showing up recently in Toronto have a number of differences compared to genuine pieces. Primary is the mannish-looking portrait of Liberty that appears on the fake, left. At right is the same area on a genuine 2011 American Eagle. 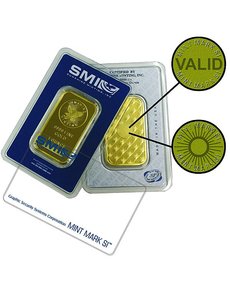 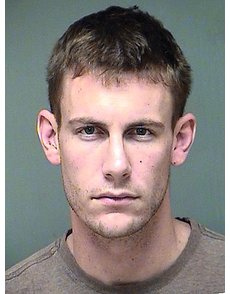 Counterfeit silver bullion coins, rounds and bars have plagued the numismatic marketplace for several years, but some in the hobby are seeing what might be a surge of some fakes.

Counterfeits of some of the bullion pieces have been around for a number of years, though increasing numbers are showing up, and manufacturing methods have made some pieces more highly deceptive.
Over the past month, in its weekly issues, Coin World has reported on counterfeit American Prospector 1-ounce silver rounds being offered in the United States and fake 2011 American Eagle silver bullion coins surfacing in Canada. The latest report is from Cincinnati, of fake 1-ounce Chinese Panda bullion coins.
While the attempted sellers of such fake bullion items often go untouched by authorities, not all do. Police in Denton, Texas, have arrested a local man on eight counts associated with the sale of fake American Prospector rounds at pawn shops and jewelry stores in that area.

Regardless of design, many purported silver pieces that have duped collectors and dealers alike have been found to contain no silver at all. Most have been composed of various concentrations of copper, nickel and zinc in place of the .999 fine silver found in most genuine silver bullion items.

The deception is often uncovered only after a sale has taken place, when destructive testing of individual pieces reveals the absence of any precious metals. By that time, however, the seller is nowhere to be found.

Some pieces are offered as novelty items and advertised by the original sellers as fabricated from base metals plated with .999 fine silver, but carry designs suggesting a composition of pure silver. In secondary sales, an unsuspecting buyer, unaware that a piece is plated base metal, may buy it as genuine silver and never learn of its authenticity until years later when preparing to resell the item.

Confronted with the ever-increasing proliferation of counterfeits of its products in the market, officials at Sunshine Minting Inc. during the past year took action by rebranding all of the firm’s precious metals products and producing them with anti-counterfeiting bullion security devices.

Sunshine Minting is a private minting facility that strikes and sells its own brand of gold and silver products in various weights, each bearing the company name. Sunshine is also the primary supplier of planchets to the U.S. Mint for silver American Eagles.

Tom Power, president and chief executive officer of Sunshine, said Feb. 13 that the company has been assertive in trying to remove counterfeit Sunshine Minting products from the marketplace and prevent any further sale.

When offerings are noted on eBay, Alibaba and through other venues, Power said the company will take the necessary steps to protect the Sunshine brand. Power said eBay has been extremely cooperative in removing such items for sale.

Many of the fake Sunshine products appearing on the market bearing older designs have been found to be struck in either solely base metals or base metals plated with a thin coating of precious metal.

“Sunshine Minting, Inc. does not manufacture nor sell our bullion products as ‘silver-plated’ or ‘clad,’?” Power said. “These are counterfeit versions that are being illegally represented as SMI products when, in fact, they are not manufactured by Sunshine Minting. SMI is taking every legal measure that we can to thwart this influx of counterfeit product and protect our reputation as the leading manufacturer of bullion products.”
Sunshine’s newly branded bullion products are being struck containing Mint Mark SI, a “Scrambled Indicia” security feature that was originally developed for the printing industry by Graphic Security Systems Corp., located in Lake Worth, Fla.

Sunshine is the first mint to develop this technology for use on bullion products, according to Sunshine.
Sunshine’s hallmark, featuring an eagle in flight with the sun and rays in the background, dominates the new obverse design of its bullion products. The weight and fineness are also stamped incuse on the obverse.

The decoder, approximately the size of a credit card, reveals the primary security device when the decoder is passed over the central circular device.

Microprinting readable through magnification appears around the top and bottom border of the central device, appearing as MINT MARK SI.

Power said approximately 1 million Sunshine Mint bullion pieces containing the security devices have been introduced into the market over the past six months.

It is believed that many of the counterfeit silver bullion pieces offered online and elsewhere have infiltrated the marketplace from suppliers in China.

Officials at Coins+ in Cincinnati reported that, on Feb. 5, the firm purchased 42 of what were believed to be Chinese Panda 1-ounce bullion coins of various dates from 2003 through 2011.

Later, after the seller had left the store, an acid test was conducted, determining the pieces in the lot were counterfeit, according to Coins+.

In addition to acid tests, one can also check specifications for weight and diameter, and conduct a ring test against a genuine piece. It can also be useful to compare design elements.
A genuine Panda 1-ounce .999 fine silver bullion coin should measure 40 millimeters in diameter and 2.95 millimeters thick and weigh 31.101 grams.

A 2009-dated counterfeit among those fakes sold to Coins+ measured 39.72 millimeters in diameter, had a thickness ranging from 3.91 to 3.97 millimeters depending on where the measurement was taken on the rim, and weighed 31.1844 grams. A genuine 2013 Panda silver bullion coin emits a high-pitched ring when tested. The 2009 counterfeit emits almost no ring.

However, orientation of edge reeding is not an absolute diagnostic; the genuine 2013 silver Pandas bear diagonal edge reeding.

Orientation of edge reeding has varied on the edge of silver Pandas depending on the year of issue, according to William Graessle, vice president of sales for PandaAmerica in Torrance, Calif.

The obverse design of genuine Panda silver coins depicting a Panda motif changes annually. The reverse depicts the 15th century Hall of Prayer for Abundant Harvest in the Temple of Heaven; while the central device on the reverse has remained the same, the reverse treatment, placement of other elements and width of rim have changed over the years. The first version of the reverse was used from 1989 to 1991; the second reverse was used from 1992 to 1999; and the third reverse has been used since 2000.

Depending on the year of issue and the design, which details are frosted and which are mirrored like Proof varies.

Graessle said the genuine Panda silver coins generally exhibit heavier frosting on the devices than is seen on the fake pieces.

A listing of varieties on the genuine versions can be found at the “Panda Varieties” link from the PandaAmerica website at www.pandaamerica.com/.

A spokesman for the Denton Police Department told Coin World Feb. 12 that Pettit is alleged to have passed fake American Prospector rounds at several local pawn shops and jewelry stores.

Pettit is alleged to have passed fake rounds five times at one pawn shop by pawning the items for cash, then not returning to pick up the merchandise, according to the police department spokesman. Employees at one jewelry store did not realize they had been duped until they decided to try to melt one of the Prospector pieces to use the metal for jewelry repair, and the color of the metal was wrong when heat was applied, according to the police.

Counterfeit American Prospector silver rounds have been in the market for a number of years, but began appearing in larger numbers in 2012.

Examples have been offered online on eBay, and Coin World has received recent reports of pieces being offered over the counter to dealers in the Bay City/Saginaw areas of Michigan.

Comparison of an example of a fake American Prospector round to a genuine example shows attributes that can be used in authentication. The counterfeit piece used for this comparison was purchased by an unidentified dealer through an eBay sale and provided to Coin World by Texas dealer Mike Fuljenz. The genuine example was supplied to Coin World by Dillon Gage, a worldwide bullion firm based in Dallas. Comparison of the two pieces yielded the following diagnostic attributes:

??The counterfeit exhibits frosted devices against Proof fields while the genuine piece has the duller, uniform surface texture that one normally finds on a strictly bullion piece.

??The genuine piece has a higher, pure ring when tapped with a hard object while perched on the end of one’s fingers, while the fake round has a duller sound.

??On the genuine obverse, the contents of the prospector’s pan and the pan itself are more defined than on the fake. In the photo illustrations, notice the differences in the rendition of the water movement, shoreline details and their placement in relation to the inscriptions.

??The longitude and latitude lines of the globe logo are tight to, but not touching, the big E device on the genuine piece; on the fake, the lines are distant from the E.

??The outer border on the globe is complete on the genuine piece, but broken just above the N in the word ONE on the fake.

The Feb. 18 Coin World reported the appearance of counterfeit 2011 American Eagle silver bullion coins in Toronto. Results of a spectrographic analysis of one of the counterfeit American Eagles determined a composition of 50.4753 percent nickel; 39.3614 percent copper; 10.1163 percent zinc; and 0.0271 percent gold.

In comparison, spectrographic analysis of a counterfeit 1984 American Prospector round from among those obtained in 2012 on eBay indicated a composition of 60 percent copper, 39 percent zinc and 1 percent nickel.

Numismatic Guaranty Corp. has published online articles devoted to what its grading staff has encountered among questionable bullion pieces submitted for grading, archived at www.ngccoin.com/news/Landing.aspx?SeriesID=7. ¦