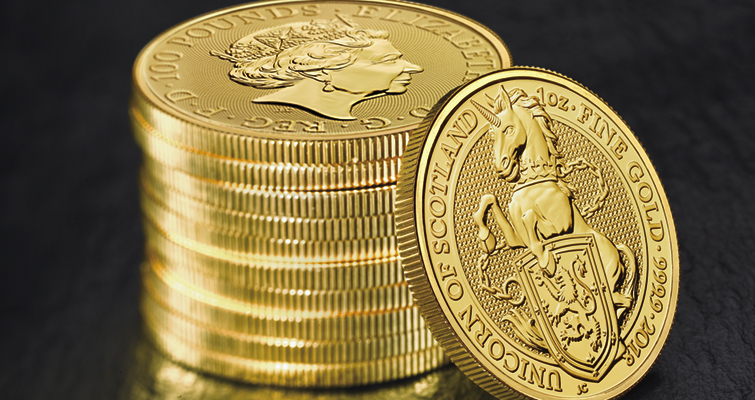 The fourth issues of the gold and silver bullion coins in the Royal Mint’s Queen’s Beasts series are now available, featuring the Unicorn of Scotland. 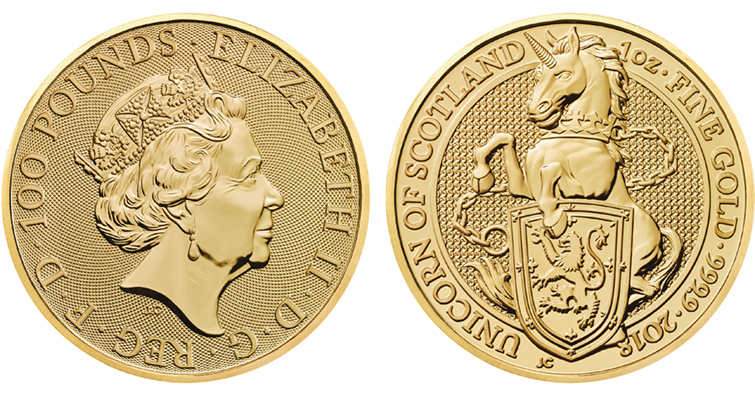 The Unicorn of Scotland appears on this 1-ounce gold £100 coin, in the fourth installment in the Royal Mint’s gold and silver bullion coin series dubbed the Queen’s Beasts. 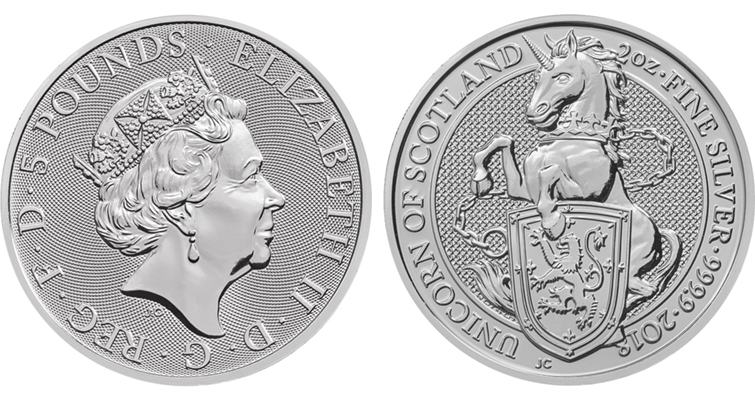 The fourth issues of the gold and silver bullion coins in the Royal Mint’s Queen’s Beasts series are now available.

The Royal Mint on Sept. 27 announced that the latest design is the legendary Unicorn of Scotland. The creature is depicted on quarter- and 1-ounce .9999 fine gold coins and a 2-ounce .9999 fine silver coin.

The Unicorn follows the Red Dragon of Wales, Griffin of Edward III and the Lion of England, the previous releases in the series that will ultimately celebrate 10 mythical creatures that have stood guard throughout hundreds of years of British royal heraldry.

All Queen’s Beasts coin designs were created by Royal Mint designer Jody Clark, who is best known for his portrait of Queen Elizabeth II used for all United Kingdom coinage. The designs are inspired by the Queen’s Beasts sculptures by James Woodford.

The sculptures were originally created for the coronation ceremony of Queen Elizabeth II held in Westminster Abbey in 1953, in symbol of the many strands of royal ancestry woven into the young woman about to be crowned.

Clark said: “Although the unicorn is not real, it shares the same appearance as a horse, so I could draw on reality a little. It has been represented many times in heraldry, so I revisited sculpture and heraldic designs for inspiration.

“I was interested to find that there are certain rules to bear in mind — for example the unicorn always has a cloven hoof. I wanted to add some movement to my design, and for the unicorn to be doing more than just supporting the shield. I showed the beast leaping over the shield a little, and there is movement in the chain, making the design more dynamic.”

The coins are available to purchase from the Royal Mint at a special bullion website. 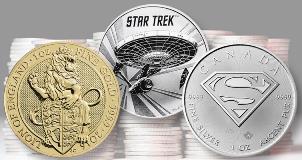 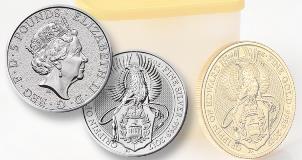