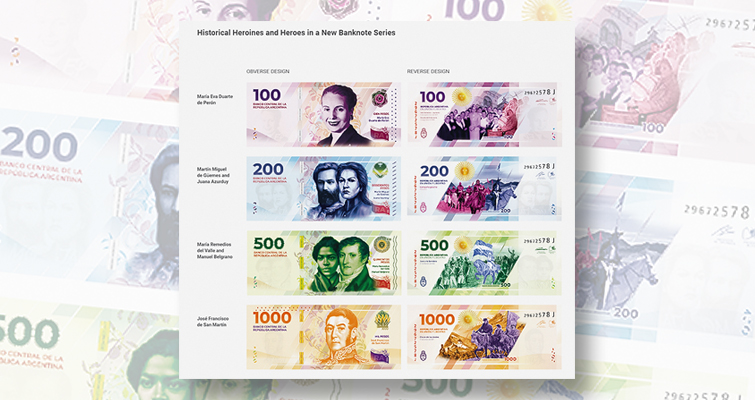 Graphic from Argentina’s central bank shows the designs of six bank notes in the bank’s fifth series. An announced seventh denomination is not depicted.

Argentina’s new fifth series of bank notes is reverting to form, replacing the native fauna and geographic scenes of its fourth series, introduced from 2016 to 2018, with national heroes and heroines.

In addition to returning to historical personalities, the new bank notes will break with the current fad and once again be designed horizontally on both sides. It will keep the same colors for each denomination and the same size as the current ones.

The series depicts three women and three men who the Banco Central de la República Argentina says broke the mold of their times and fought for independence, development, inclusion, and recognition of rights. Two of the denominations pay homage to two people.

The 100-peso note is a tribute to the legendary María Eva Duarte de Perón. Eva Peron promoted equal political rights for men and women, and fought for social and labor rights, as well. She worked on her husband Juan Domingo Perón’s 1946 presidential campaign and as Argentina’s first lady, she was politically and socially active, founded the Peronist Women Party, and provided social aid channeled through the Eva Peron Foundation until her untimely death in 1952. The bank says, “She left an indelible mark as an upholder of social and labor rights, and enthusiastic promoter of measures in favor of women’s equality, and greater inclusion for the most underprivileged sectors.”

The 200-peso note has a hero and heroine. Martín Miguel de Güemes, the “Hero of the Gauchos,” was a military leader in the War of Independence. His forces, made up of gauchos and countrymen on horseback, stopped numerous Spanish royalist advances. His success helped the revolutionary government become established in Buenos Aires, and also helped the “Army of the Andes,” win decisive victories in Chile and Peru. He died on June 17, 1821, after having been shot in the back 10 days earlier.

Juana Azurduy, also on the 200-peso note, is one of the most important heroines of independence. She took up arms in a society that denied women’s access to the militia, organized and commanded battalions, and mobilized thousands of natives and mixed-race people in favor of independence. In 2009, the Argentine government posthumously promoted her to the rank of general.

María Remedios del Valle on the 500-peso note is another heroine of the War of Independence who had to face the dual prejudices of being both a woman and Black. She was wounded in battle, captured, imprisoned, publicly flogged, and escaped. She lost her entire family in the war. In her honor, Nov. 8 is recognized as the National Day of Afro-Argentines.

Also on the 500-peso note is Manuel Belgrano, who created the national flag and was one of the greatest heroes of the war. He was a lawyer, journalist, economist, politician, diplomat and, when the war broke out, he took on military duties. During the war, he led military expeditions and commanded the Army of the North. He had a role in the Congress of Tucumán where the Independence was declared. He defended the importance of educational, cultural and economic development of the country.

The 1,000-peso pictures José de San Martín, “Father of the Nation and the Liberator.” In Argentina, Chile and Peru, he is one of the most important figures in the wars of independence. He trained as a military officer in Spain but then joined the independence movement. He was responsible for the strategy that eliminated the royalists and the colonial system. He led the military crossing of the Andes that was decisive in the independence of Chile and Peru. 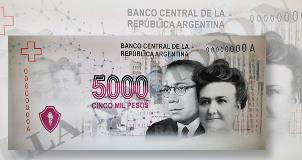 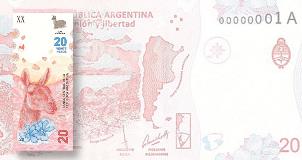 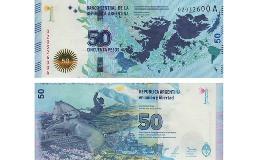