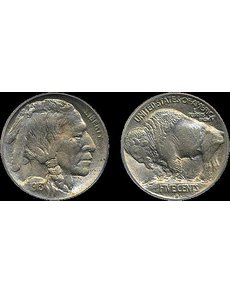 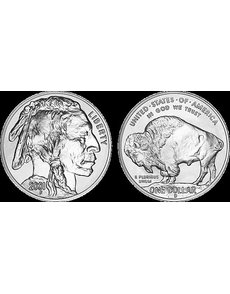 Fraser’s Indian Head 5-cent coin designs were adapted for reuse in the production of the 2001 American Buffalo commemorative silver dollar. 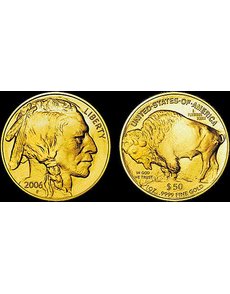 For a second 21st century adaptation, the designs were sculptured for use on the American Buffalo bullion gold coins, introduced in 2006.

The United States Mint is conducting market research among its customers and the general public to determine what numismatic products should be issued in 2013, including possibly recognizing the centennial anniversary of the Indian Head 5-cent coin.

The Mint is contemplating changing the designs for the current American Buffalo gold coin in 2014 or after, but it does not propose any new coins, nor does the surveying include any questions related to 5-cent coins, according to Tom Jurkowsky, director of the U.S. Mint’s Office of Public Affairs.

Any changes to the Thomas Jefferson obverse and Monticello reverse of the current circulation 5-cent coin would require congressional authorization, notes Jurkowsky. U.S. Mint officials are not considering any change to the circulating coin designs, he said.

The U.S. Mint also invited by email an undisclosed number of customers to participate in the American Buffalo Design 100th Anniversary survey.

Sculptor James Earle Fraser’s designs for the Indian Head 5-cent coin, introduced with the Bison on Mound Reverse in 1913, have been adapted twice for 21st century United States coins.

Fraser’s designs were adapted for the American Buffalo commemorative silver dollar, introduced in 2001 in Proof and Uncirculated versions.

The designs are also in use for the American Buffalo .9999 fine gold bullion coins, introduced in 2006 and produced annually since.

The Indian Head, Bison on Plain 5-cent coin was issued until it was replaced in 1938 with the Jefferson 5-cent coin. ¦