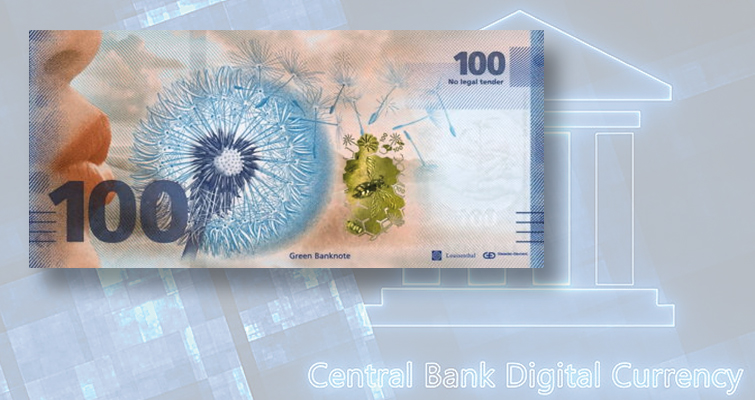 Giesecke+Devrient, a German printing firm, is promoting a “Green Banknote,” described as making more environmentally responsible use of resources than traditional bank notes.

The German security printer Giesecke+Devrient revealed a new bank note concept at the Global Currency Forum, a trade event for cash industry, held from May 2 to 5 in Tarragona, Spain.

It is called a “Green Banknote,” and is meant to start a discussion on the sustainability of bank notes and the different options available to the industry. It is also another shot fired in the battle of polymer versus paper substrates. The initiative was presented in a white paper based on studies, analyses, and expert articles.

Carbon and water footprints of various substrates were studied in partnership with G+D’s Louisenthal subsidiary, and the studies concluded that the sustainable bank note of the future will be based on a durable cotton-based core augmented by nonprinted hybrid security features, such as watermarks, security threads, foils, and machine-readable elements can be embedded in this core to protect the substrate against counterfeiting.

The core would be protected by a layer that would significantly increase durability and reduce wear and tear. Not surprisingly, Giesecke+Devrient happens to have such products already — one that it calls LongLife, a protective lacquer, and another, Hybrid ADDvance, an ultra-thin polymer film.

The white paper said that hybrid Green Banknotes generate up to 24% less carbon dioxide in production than comparable polymer notes, and also reduce emissions by 13% in the cash cycle. In a comparison to Bitcoin, it cited a study quoting Bill Gates on Forbes.com saying that whether cash or digital, every transaction contributes to climate change. The question is how much. A cash transaction generates about 0.0046 kilogram of carbon dioxide, while a Bitcoin transaction generates about 300.00 kilograms.

In terms of water and carbon footprint, the advantages of fiber-based notes can be improved even further if local or organic fibers, such as hemp, flax, or abaca, as in the Philippines, are used.

The paper concludes with a final swipe at polymer, saying, “Producing more plastic than necessary is no longer socially acceptable. Banknotes are no exception. Introducing new products that use more plastic than necessary is difficult to justify. Cash is no exception: In the public perception, a step toward plastic is a step in the wrong direction. Introducing a currency made of polymer instead of a natural material like cotton is difficult to communicate — for a good reason. On the other hand: Sustainable products made of renewable materials are becoming increasingly popular across all industries and categories.” 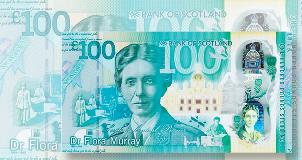 Bank of Scotland to release a new polymer note 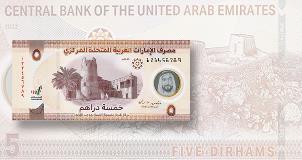 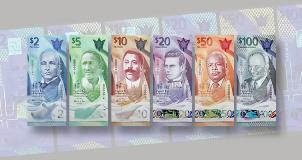