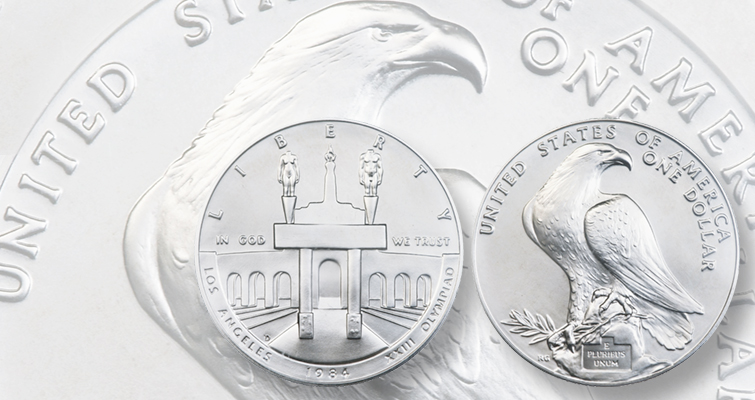 House Coinage Subcommittee Chairman Frank D. Annunzio vowed he would seek nothing less than the best designs for the three commemorative coins honoring the 1984 Olympic Games when he gaveled a special congressional oversight hearing to order on Dec. 1, 1982.

He had invited to testify a seven-member panel, described by Coin World as “numismatic luminaries, the likes of which has never been seen in Congress for the purpose of seeking artistic opinion on the nation’s coinage.”

Following hearing protocol, U.S. Treasurer Angela “Bay” Buchanan was the first witness to testify. She stood firm. Treasury would keep the publicly revealed design concepts. She said the design concepts had already been approved by Secretary of the Treasury Donald T. Regan, the only person entrusted by law with the final say in coin designs. However, she did indicate a willingness to consider proposed modifications.

The panelists offered various suggestions for modifications to the Olympic coin designs. But they also used the public hearing as a forum to assert that the United States should strive to be the best in all fields, “whether in athletics or in art,” as noted by Worth.

To become the best, collectively the panelists advocated:

??A national competition to generate designs for U.S. coins and medals.

??Establishment of a numismatic panel to advise the Treasury on coin designs.

??New designs for the cent, 5-cent, dime, and quarter dollar — all of which had long passed the 25-year eligibility threshold for new designs.

Today’s collectors may think the panelists’ ideas rather ordinary. But 33 years ago they were revolutionary! Treasury Department officials opposed them. However, the numismatic community strongly backed them, creating momentum for change. Interestingly, the Treasury Department — often nudged by Congress during the last three decades — has embraced all four in many respects.

Annunzio critical of Olympic coin designs: From the Memory Bank