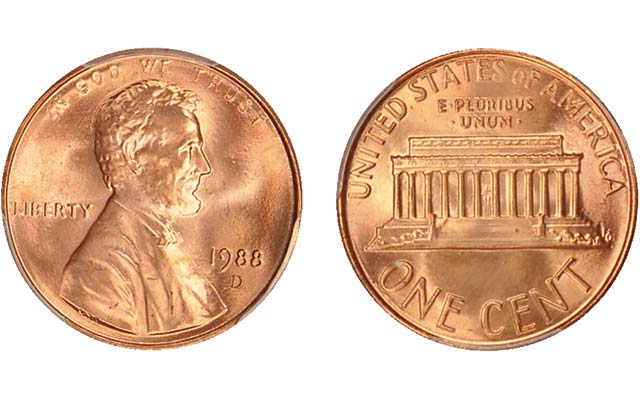 With a mintage of 5,253,740,443 pieces, a 1988-D Lincoln cent is usually anything but rare. However, in top Mint State grades, nearly all circulation strike Lincoln cents are in demand from Registry Set collectors.

The two coins had sequential PCGS serial numbers, showing that they were submitted together. As more of these coins go to grading services, the population numbers for these conditionally rare issues will increase, but the number of collectors interested in these condition rarities may also increase.