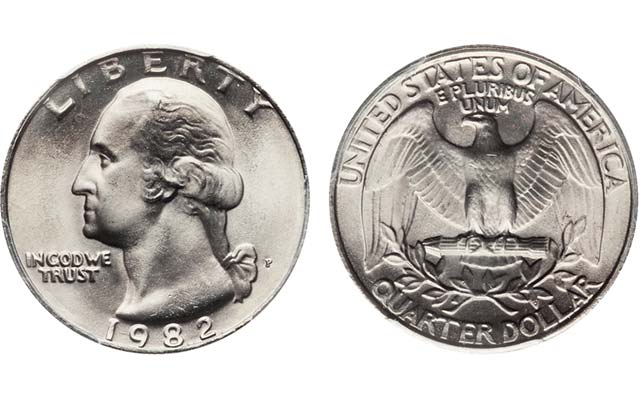 The Story
For collectors who participate in the online Professional Coin Grading Service and Numismatic Guaranty Corp. Registry Sets, there is nothing better than a coin that is at the top of the population reports with no equals and none finer. Such is the case with the lone PCGS MS-68 1982 Washington quarter dollar. The coin brought $4,241.75 at Heritage’s April 22 Central States Numismatic Society auction in Schaumburg, Ill.

In 1982 and 1983, the U.S. Mint did not produce traditional Uncirculated Mint sets, which would seem to limit the supply of these issues in Mint State grades. However, nearly all Washington quarters from the early 1980s are rare in exceptional Mint State grades with MS-68 examples being virtually unheard of. Even MS-67 examples are scarce, with PCGS certifying just 14 1982 quarters in this grade.