Of mentors and mentoring 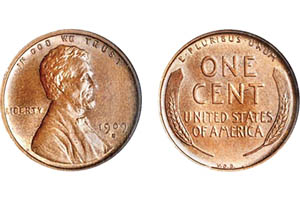 In the 1950s, finding a rare 1909-S Lincoln, V.D.B. cent in circulation was the Holy Grail for most collectors. Lincoln cents and Whitman folders were the starting point for me and reader Jim G.

I usually write my own columns. In fact, I always do, but now and again, I have help, as this week from Jim G. of Pennsylvania.

We all learn from others. When I discovered the world’s greatest hobby in 1952, I did so when Robert Rusbar, the Forty Fort, Pa., tax collector, showed me his coin collection and pointed out that a certain 1909 cent with an S on the obverse and the letters V.D.B. on the reverse cost him $10. He gifted me with two Whitman folders, I soon bought the latest edition of A Guide Book of United States Coins, and the search for a 1909-S Lincoln, V.D.B. cent was underway. I never found one.

Bob Rusbar was a mentor for me as was George Williams. George would take me to the monthly meetings of the Wilkes-Barre Coin Club, would warn me against certain dealers, and point out the dealers who delivered good value. Both men were of immense help.

Today, I do my best to encourage youngsters in the hobby. They are the starting point.

“When my issue of Coin World arrives my first impulse is to thumb to your Joys of Collecting article. But not this week. My eyes were captured by the Saddle Ridge article. What excitement!

“And that’s what collecting coins should be all about: excitement. I am an old timer who has been collecting coins for about 65 years. My interest in coins was piqued while I was a paperboy back in the 1950s. In those days, people still paid for their subscriptions with Indian Head cents, Indian Head Buffalo nickels, Barbers and older Walking Liberty half dollars. And then along came my godfather who [kindled] my numismatic interests. All young collectors should strive to adopt a mentor to help steer them across the waters of coin collecting.

“Over the years I have experienced the many mood swings of the coin collecting marketplace and learned valuable lessons. Along my travels I have amassed a significant library ... and have enjoyed them immensely. During my early years of collecting I made some mistakes, but also benefited from some great experiences. At one time I enrolled in one of your programs (mentor) and every month received a beautiful type coin.

“Eventually I came to realize pure and simple that I loved collecting U.S. coins and reading about them and their place in our history. ... My reward is pure unadulterated enjoyment. ...

“I thank you for your contributions to our hobby. Unknown to you, many years ago I unofficially adopted you as my mentor.”