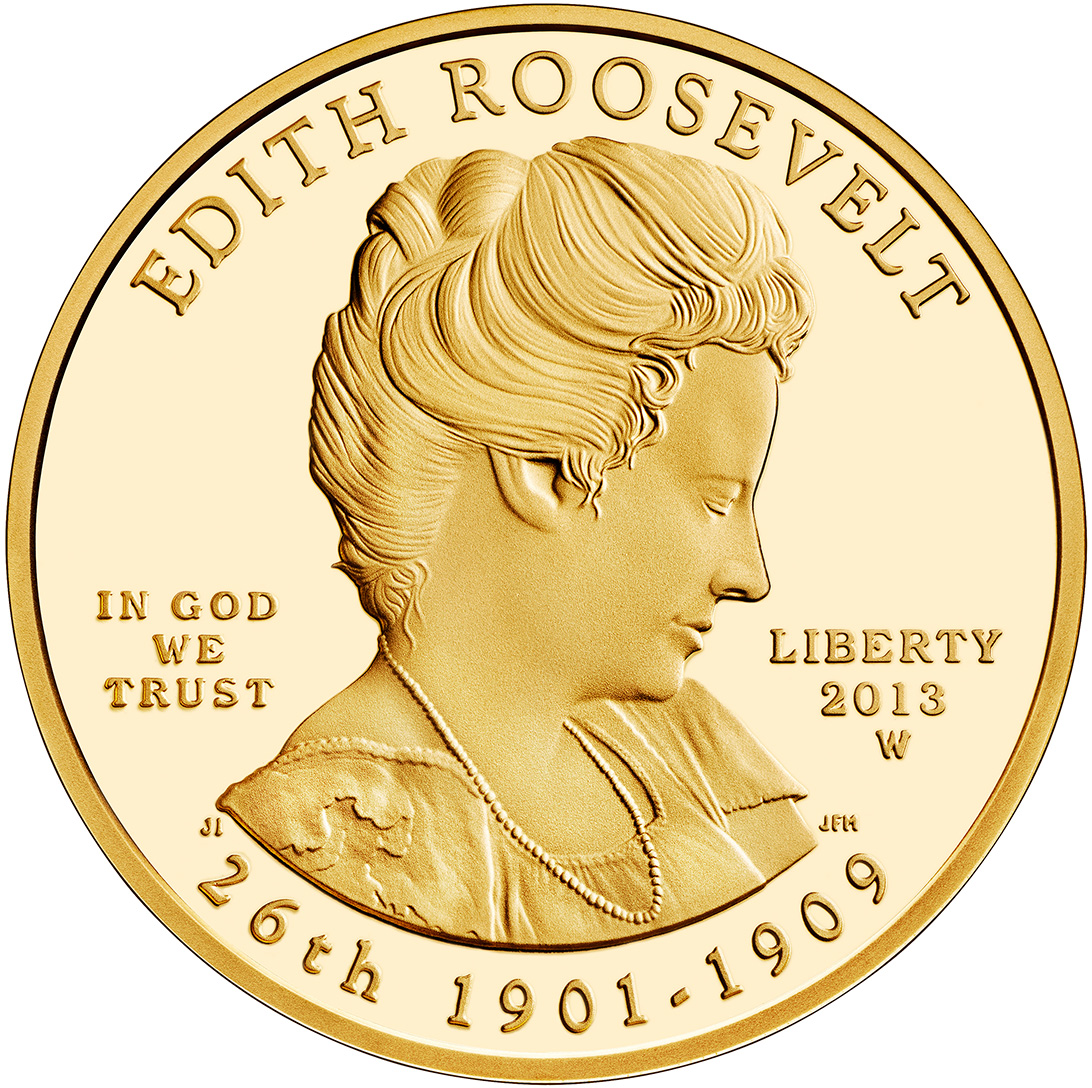 Edith Roosevelt, the wife of President Theodore Roosevelt, led a renovation of the White House during her time as first lady, and is honored with a 2013 First Spouse half-ounce gold coin from the U.S. Mint.

If you’re drawing a blank on last-minute Mother’s Day gift ideas, don’t forget the famous moms who have graced commemorative coins that are available for purchased from the U.S. Mint, coin dealers, or eBay if you're in a bind. (Though to get any of them for Mom this late in the game might require express shipping.)

In the second post of our Mother’s Day series (our first post featured Sacagawea), let's learn about the wife of one of our most beloved presidents:

The second wife of President Theodore Roosevelt raised his first wife’s child as her own and modernized the White House as a home and U.S. symbol.

Her coin: Roosevelt is one of five women honored with a 2013 First Spouse one-half ounce gold bullion coin from the U.S. Mint. Her portrait is featured on the obverse, while the reverse includes the White House (a building renovated during her time as first lady) and a compass.

Edith and Theodore had five children of their own — four sons and one daughter. She also dealt with at least two miscarriages.

Dedicated to staying out of policy matters as first lady, Edith Roosevelt is most known as being the spouse who updated the White House. She adapted the building so that it better accommodated a large family. Her change also led to the creation of the West Wing executive staff offices in 1902.

"Having had an interest in the White House ... Edith Roosevelt did not view the mansion as merely the home of her family but the representation of the nation,” FirstLadies.org notes. "Edith Roosevelt worked with her husband in guiding the symbolic look of the public state rooms, matching the new status of the United States on the world stage as a leading power."

How to buy: A Roosevelt First Spouse coin can be purchased on the U.S. Mint’s website. The Proof version (pictured above) is offered at $840 and the Uncirculated version is priced at $820. So it’s certainly a Mother’s Day gift for someone with plenty of love for their mom. (Or someone who for whatever reason might need to show it.)