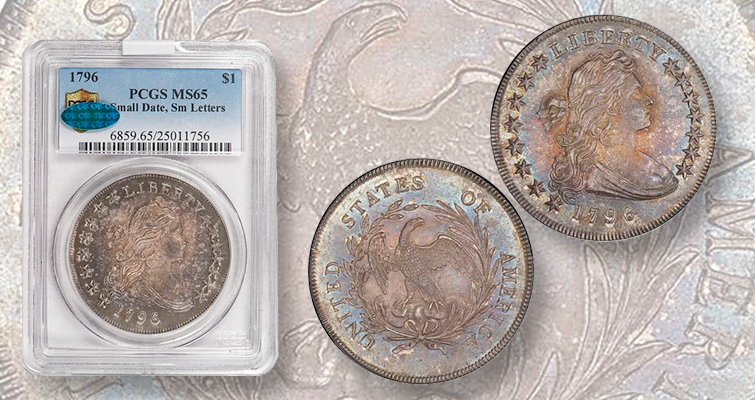 What to make of a coin that doesn’t sell at auction? These are politely called “buy-ins,” and in less polite language these coins left at the auctioneer’s podium are occasionally called “burned” in the marketplace, since bidders declined the opportunity to purchase them.

Sometimes, a buy-in happens because the property is of dubious quality, but the cause is nearly always that a buyer’s expectations are beyond what the market, and potential buyers, are willing to meet. Auction houses often withdraw top lots that seem likely to go unsold prior to the auction, or work with consignors toward more modest expectations by lowering reserves.

Legend Rare Coin Auctions’ Oct. 8 sale of rarities from the collection of Las Vegas executive Bruce Morelan brought nearly $4 million, but the top two coins went unsold. One was the finest-known 1794 Flowing Hair dollar, certified Specimen 66 by Professional Coin Grading Service, estimated at $8 million to $9 million and carrying a green Certified Acceptance Corp. sticker; it last sold at a 2013 auction for just over $10 million. The other was a Class I 1804 Draped Bust dollar in PCGS Proof 65, which brought $3.29 million at Stack’s Bowers Galleries and Sotheby’s 2017 D. Brent Pogue auction; Legend estimated it at $4 million to $4.4 million.

These coins are of magnificent quality, but in a season stuffed with many major rarities coming to auction, including another comparable 1804 Draped Bust dollar, coupled with broader economic uncertainty, buyers can afford to be selective. On retaining the top coins including the 1794 dollar, the consignor said after the sale, “I’m actually relieved that it didn’t sell and I’m ecstatic it’s still in my collection.”

The retention of the top two Morelan dollars recalls the fourth Pogue Collection, where the finest-known 1804 dollar, graded Proof 68 by PCGS, and the only collectible example of three-known 1822 Capped Head $5 half eagles both failed to sell, with the dollar opening at $7.6 million and the half eagle stalling at $6.4 million. Great rarities going unsold say little about the broader coin market, which is still thriving. Still, major buy-ins are disappointing in a hobby that receives mainstream press coverage infrequently.

With the top dollars going unsold, a 1796 Draped Bust, Small Date, Small Letters dollar graded Mint State 65 by PCGS with a green CAC sticker was the priciest lot, bringing $705,000 on an estimate of $1 million to $1.2 million. It was previously offered at Heritage’s April 2013 auction of The William Jacob Collection, Part II, where it was similarly graded by Numismatic Guaranty Corp., carried a green CAC sticker, and sold for $1,175,000, purchased by Morelan. 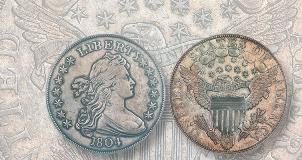 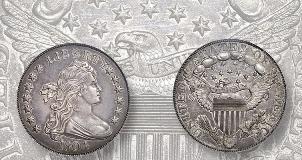 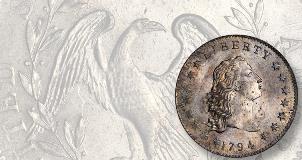