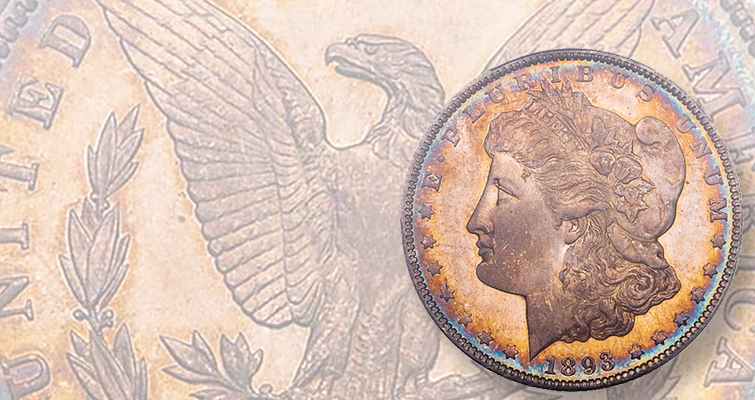 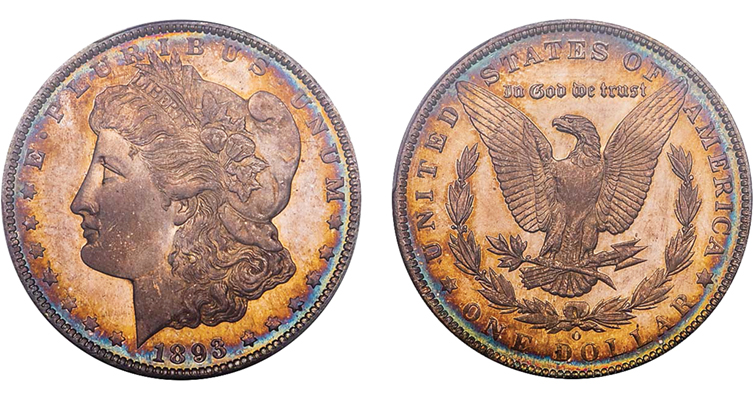 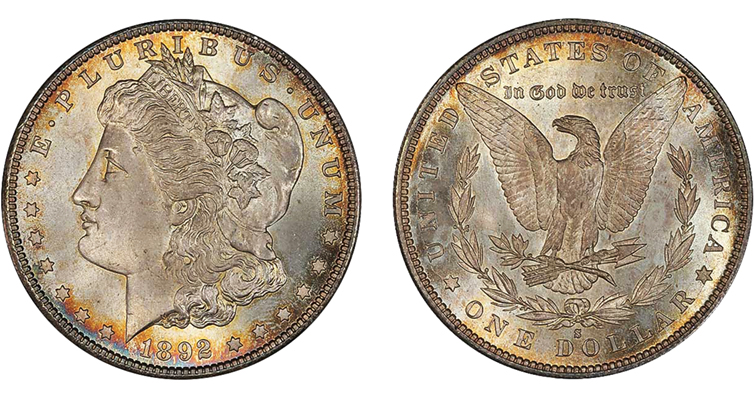 The Eliasberg-Coronet 1892-S Morgan dollar is graded MS-67, bears a CAC sticker, and is considered the second-finest-known example of this condition rarity.

An 1893-S Morgan dollar considered by many to be the finest known example of this key silver dollar will star in Legend Rare Coin Auctions’ Regency XXIII Auction in Philadelphia on Oct. 26 as part of the Professional Coin Grading Service Members Only show.

According to Legend, the Vermeule-Jack Lee-Coronet “1893-S is the undisputed FINEST KNOWN example of the rarest, and most important circulation strike Morgan dollar.” The firm adds, “The luster, with its satiny brilliance brings out not just the dominant hues, but also the subtle shades throughout the surfaces.”

The auction’s 548 lots carry a presale estimate in excess of $7.5 million, with the star Morgan estimated at $1.3 million to $1.5 million.

Another show-stopping Morgan dollar from the same consignment is an 1893-O dollar graded MS-66 Prooflike by PCGS with a green CAC sticker that Legend describes as “MONUMENTAL” since it is considered the finest-known example of the date.

The 1893-O Morgan dollar in the auction is noteworthy for deep mirrors on both sides and a blend of blue, violet and orange colors on both sides. Legend observes that it is not flawless: “If you want to really scrutinize this piece, there are a few microscopic ticks scattered around, but overall the surfaces are extremely clean,” before concluding that the offering is an “amazing opportunity for any advanced Morgan dollar collector or any one seeking truly special, sexy coins.”

The “sexy” dollar was most recently offered in a 2015 Legend auction where it sold for $458,250 before joining the Coronet Collection, and it has a provenance that traces back over a century. It was purchased by J.M. Clapp from Colvin Randall in March 1894 and was acquired by Louis Eliasberg Sr., when the Baltimore collector purchased the Clapp estate in 1942. It remained with Eliasberg until 1997 when it was sold by Bowers and Merena for $176,000 and then crossed the auction block at Heritage’s 2004 Florida United Numismatists auction for $166,750.

Like the 1893-O dollar, the 1892-S Morgan dollar is a condition rarity and Legend will offer the second finest known 1892-S dollar, graded PCGS MS-67 and given a green sticker by CAC, in Philadelphia. The offered example shares a provenance similar to the previously discussed lot, selling at the Eliasberg auction for $132,000. It sold twice at Heritage auctions: once in 2001 for $115,000 and again in 2009 for $460,000. Legend offered it in its June 2015 auction where it sold for $446,500 and it too joined the Coronet Collection.

At the 1997 Eliasberg sale — where coins were not certified by third-party grading services and carried grades provided by the auctioneer — the 1892-S Morgan dollar was described as “MS67 or finer,” and called “An American numismatic landmark.” Legend concluded, “Today, 20 years later, the coin is just as spectacular!” 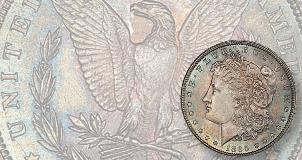 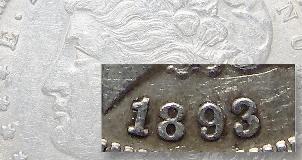 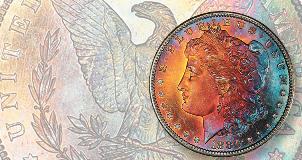