Hendelson seeking seat on ANA Board of Goverros 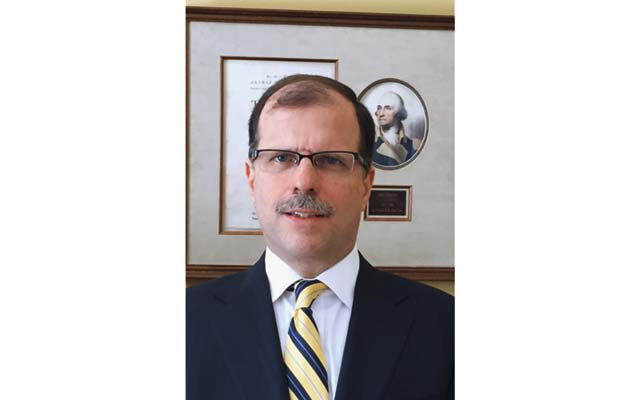 Brian Hendelson has been a life member fo the ANA for nearly four decades.

The following news release was provided by Brian Hendelson from Classic Coin Company:

Brian Hendelson has recently announced his plans to run for a seat on the ANA board of governors. Hendelson has been a life member of the organization for nearly 40 years, and now hopes to participate in its plans for its future if elected. “The ANA is the foundation of this hobby and I would be proud to serve on its board.  My extensive knowledge of the hobby and business would useful tools for the organization”. Hendelson is a resident of Bridgewater, New Jersey. Brian is a life member of every major numismatic organization and has been a contributor to the Guide Book of United States Coins (Redbook) for decades.

The gift of a Morgan silver dollar from his grandmother when he was 10 years old was the beginning of a nearly 40 year numismatic journey for Brian Hendelson. He saved money from working summer jobs to attend the 1973 ANA show in Boston. Brian has been a passionate collector ever since and today is considered one of the nation’s top experts in United States coinage.  Brian Hendelson is a familiar face at nearly every numismatic event in the country.

Exhibiting has been an important part of Brian’s numismatic efforts for many years. He has created important displays of United States coinage and early Americana for the ANA museum Showcase. “I enjoy sharing my collection and inspiring others to collect. Working with the ANA to promote numismatic education and its summer convention has been an important part of my relationship with the organization” Hendelson notes. Brian also has experience working with another important non-profit foundation, George Washington’s Mount Vernon residence and museum in Virginia. Many of his important numismatic and early Americana holdings are displayed in that museum.

Brian states “The future of numismatics should not be taken for granted. We all need to be creative, resourceful, and generous with our time to ensure that future generations will have a chance to discover the hobby we all love so much.” He plans to utilize his decades of business relationships to bring resources to the ANA to expand the hobby.

Hendelson has plans to introduce a proposal to create and fund numismatic clubs in high schools around the country. “We need to make coin collecting cool for a generation that has been totally distracted by social media and electronic gaming. These people are the future of our hobby and we need to figure out to reach them” Hendelson states.

To discuss these and other ideas, members are encouraged to call or write Brian.  He may be reached at: classiccoinco@aol.com or 908-500-1500.