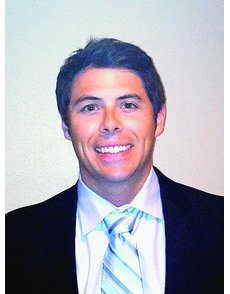 Teletrade, a subsidiary of Spectrum Group International Inc., announced May 25 that Corey Maita is the company’s president.

Maita joined Teletrade in November 2011 as vice president of business development, where he led the company in its day-to-day activities and engineered a number of events and projects.

In addition, Maita oversaw the relaunch of the company’s website with a multitude of new functions, including an auction countdown timer, and he increased bidding transparency by eliminating hidden reserves.

“In his relatively short time at Teletrade, Corey has demonstrated great leadership, commitment and dedication, as well as an in-depth understanding of numismatic e-commerce, all of which have already begun to positively affect and influence Teletrade. I am grateful that Corey has accepted the challenge of leading Teletrade, giving it the full-time attention and dedication it deserves. I have complete confidence that Corey will lead Teletrade’s services to the next level,” said Greg Roberts, CEO of Spectrum Group International Inc.

Maita’s professional career in numismatics began as a sophomore at the University of Florida when he and two partners founded Gainesville Coins in Lutz, Fla. Maita and his partners successfully transitioned Gainesville Coins from eBay to their own e-commerce-focused company website and eventually led the company to accomplish $300 million in annual sales with an A+ rating from the Better Business Bureau.

For more information about Teletrade, visit the firm’s website at www.teletrade.com or telephone 800-949-2646 to speak to a representative. ¦