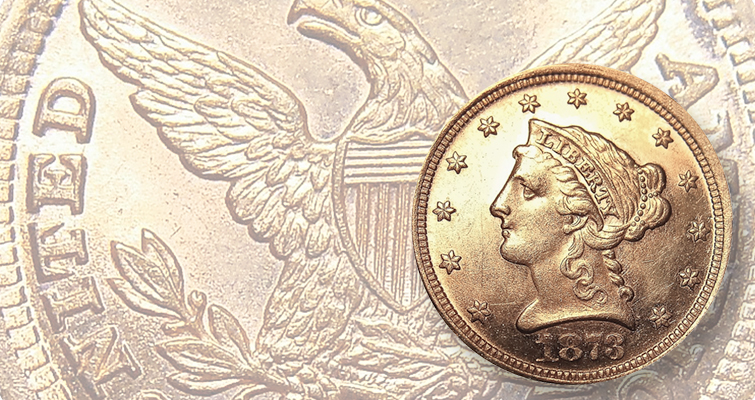 Counterfeiters chose to go after the 1873, Coronet, Closed 3 $2.50 gold quarter eagle to counterfeit. 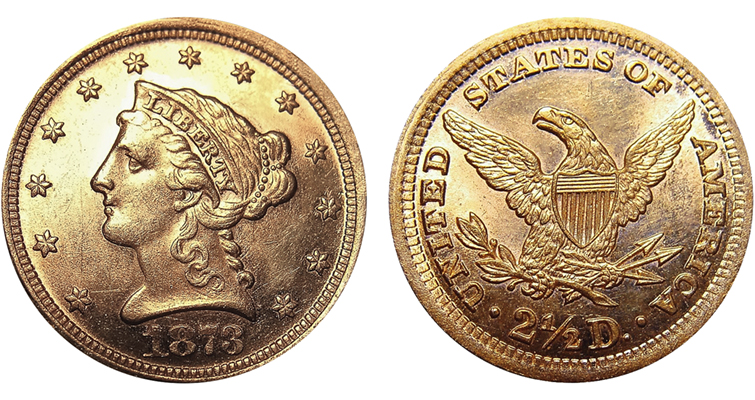 Get to know the diagnostics for a genuine 1873, Coronet, Closed 3 $2.50 gold quarter eagle so you don't get stuck with a counterfeit like this piece. Finding identical depressions on several questionable coins is one indication the piecees are fakes, as genuine contact marks are random. 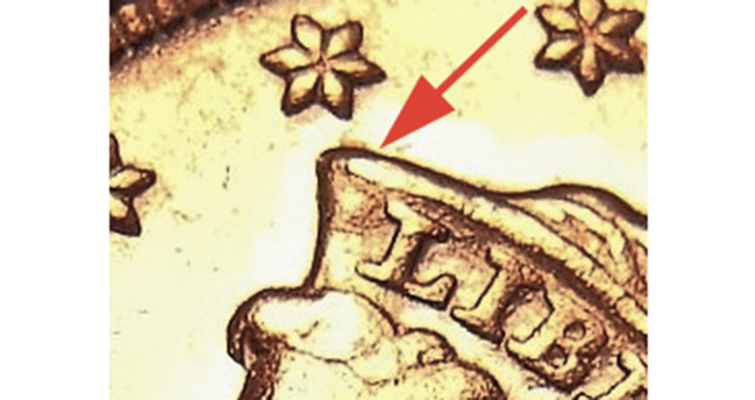 Counterfeit 1873 Coronet, Closed 3 gold $2.50 quarter eagle has a number of diagnostics, including raised lines that appear at the front tip of Liberty’s coronet.

The counterfeit 1873 Coronet, Closed 3 gold $2.50 quarter eagle illustrated here is most likely one of the counterfeits that were produced in the 1960s and 1970s as a way of bringing gold into the United States. Laws that prohibited the importation of gold bullion, while at the same time allowing U.S. gold coins, prompted conversion of tons of gold bullion to fakes during this time period.

This fake is deceptive, especially to someone that does not routinely handle gold coins. The weight and gold content are both correct, the finer details are fairly sharp, and the overall luster and color are very similar to a genuine example.

The fake dies used to strike this counterfeit were produced by transferring all of the design details from a genuine coin to the dies. This process was performed so well that die polish lines on the genuine coin transferred over to the fakes, including polish lines at the bottom of the shield stripes on the reverse.

Diagnostics for this counterfeit include some raised lines at the front tip of the coronet, along with raised rim spikes extending from the dentils into the field on the obverse at 2:00 to 3:00. In some cases these rim spikes were the result of the counterfeiter attempting to correct a defect on the fake die, or to sharpen an area that did not transfer over properly.

On the reverse, there is a small round depression above the E in AMERICA, and another above the left corner of the I in AMERICA.

A depression on a counterfeit is a tiny pit or incuse line that transferred over from the genuine model coin. Most repeating depressions were originally contact marks or tiny defects on the genuine coin. They are then duplicated onto the fake dies, and are faithfully recreated on the resulting counterfeits. Since contact marks are random in nature, finding identical marks on several questionable coins is an excellent way to positively identify them as counterfeit issues.

Not all fakes for this issue will exhibit the listed diagnostics, and their absence from an 1873 Coronet quarter eagle does not mean that the coin is genuine. Learn the markers for both the genuine coins and the counterfeits. 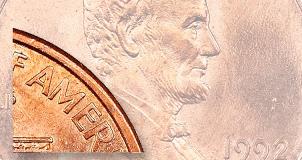 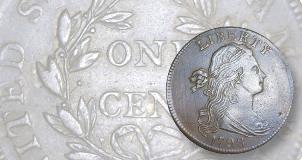 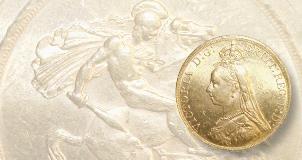