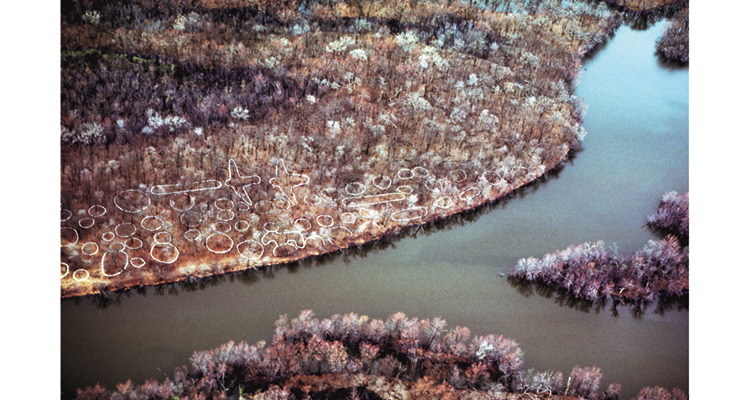 The Effigy Mounds National Monument of Iowa, are a group of more than 200 mounds that Native Americans hold sacred. These mounds were used for burial, ceremonies and sometimes lodging. Illustrated is an aerial view of the Sny Magill Group of mounds. 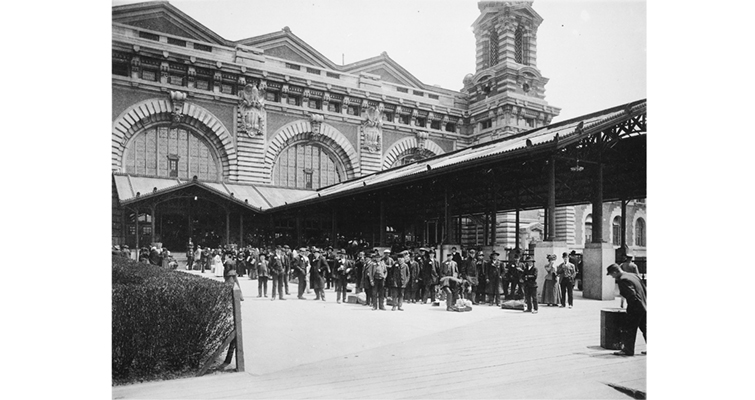 Immigrants in this black and white photo are shown circa 1910 as they go through the immigration process on Ellis Island. The Ellis Island Immigration Museum is now part of the Statue of Liberty National Monument complex under the jurisdiction of the National Park Service. 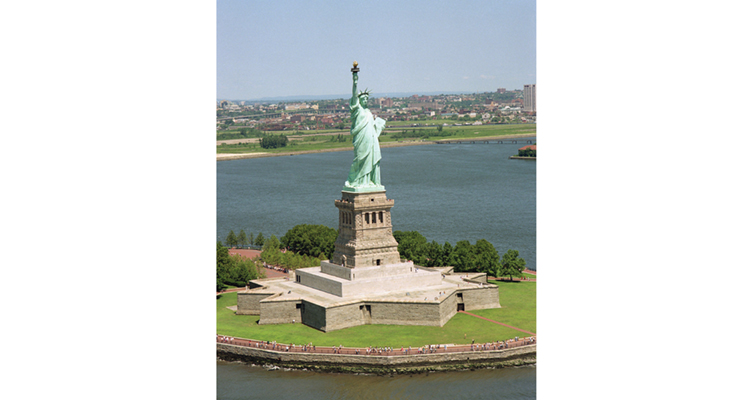 At its Oct. 7 and 8, 2015, meeting, the CCAC rejected all the U.S. Mint’s 14 proposed designs for the Effigy Mounds National Monument quarter dollar in Iowa and the eight for New Jersey’s Ellis Island, part of the Statue of Liberty National Monument.

U.S. Mint spokesman Michael White said the CCAC will review 27 proposed Effigy Mounds designs, which will include the previously rejected 14 designs as well as the 13 new contributions from the Mint’s engraving staff and Artistic Infusion Program artists.

The CCAC will also review 15 designs for the 2017 Ellis Island quarter dollar. Of the 15 designs, 13 are completely new, and of the remaining two, one is from the previous review and the other is the design the Commission of Fine Arts recommended at its Oct. 15, 2015, meeting.

The CCAC did recommend at its October meeting, however, proposed designs for 2017 quarter dollars for the Frederick Douglass National Historic Site in the District of Columbia; Ozark National Scenic Riverways in Missouri; and George Rogers Clark National Historical Park in Indiana.

The Commission of Fine Arts at its Feb. 18 meeting will review designs for the same two programs, although it already recommended a design for one of them. At its Oct. 15, 2015, meeting, the CFA also rejected the proposed designs for the Effigy Mounds coins, but did make recommendations for the Ellis Island coin as well as the other three 2017 quarter dollars.

The CFA is scheduled to review not only the 27 proposed Effigy Mounds designs, but also the 15 Ellis Island designs.