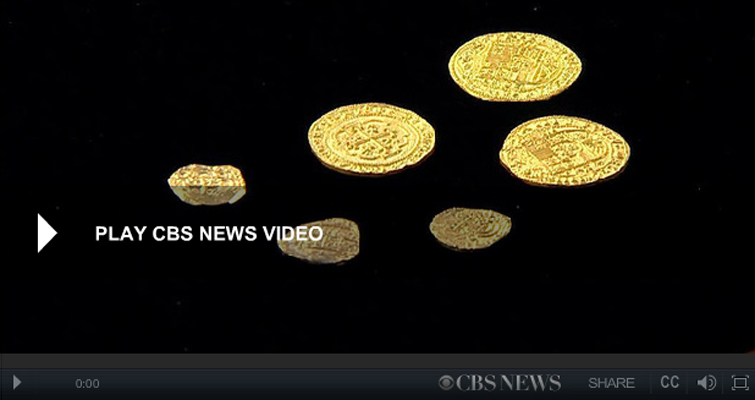 CBS News reports another major gold find has been made at the site of the 1715 Treasure Fleet wreck off the coast of Florida.

Another 350 coins from the 1715 Treasure Fleet shipwreck site were recovered on July 30, according to media reports.

According to CBS News, 1715 Fleet Queen Jewels, the company that owns salvage rights to the wreck, made the recovery on the 300th anniversary of the 11-ship wreck caused by a hurricane that hit the fleet off the coast of Florida while it was making its way from Havana back to Spain with a large load of gold.

The haul includes nine Royals that were struck specifically for Spain's king at the time of the wreck, Phillip V.

If this all sounds familiar, it's because it's the second major 1715 Treasure Fleet recovery reported this summer.

In July, Brent Brisben, Queen Jewels CEO, reported that a family of subcontractors discovered 51 gold coins (one being a Royal) and 40 feet of gold chain from the wreck.

Brisben pegged the value of that first find at approximately $1 million, estimating the Royal to be worth $500,000.

If the same estimate were applied to the latest find's Royals, the find's overall value would be much higher.