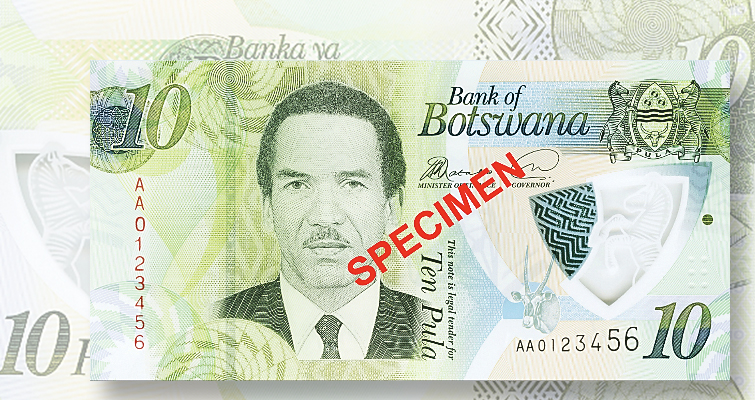 Botswana is issuing an upgraded version of its 10-pula note, with a polymer substrate that is said to be more durable than the paper substrate being replaced. 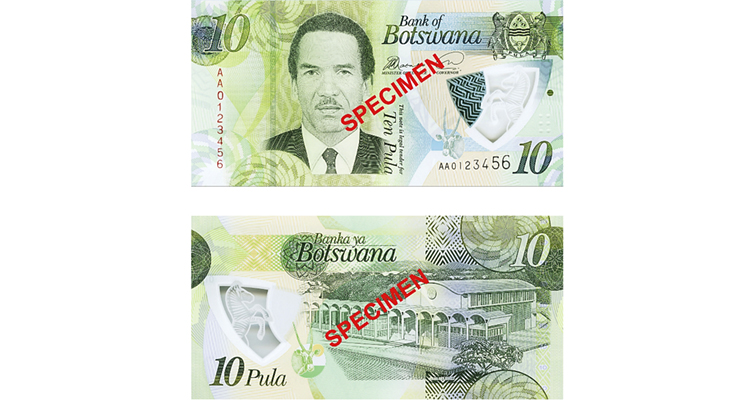 The design of the new polymer 10-pula note is similar to the original paper version, with a bust of current President Seretse Khama Ian Khama appearing on the face.

A problem Botswana did not expect when it introduced a new 10-pula bank note in 2009 was complaints from the public about its poor quality. That standard bank note paper would have issues in a climate where the temperature rises to 77 degrees in the coldest month is not a surprise.

The Central Bank announced last November that it would fix the problem, and it plans to issue on Feb. 1 an upgraded, more durable version made on De La Rue’s Safeguard polymer substrate.

The design is similar to the original paper version, with a bust of current President Seretse Khama Ian Khama.

As a result of the switch to polymer substrate, new security features could be added. They include a see-through window with MASK, a geometric pattern that is visible in normal view, but which reveals a hidden image when held up to the light; and a variant of Gemini in which one visible color changes to two colors under ultraviolet light. It also includes De La Rue’s Tactile Emboss feature for those with visual impairments.