Collecting by topic, for 50 cents each 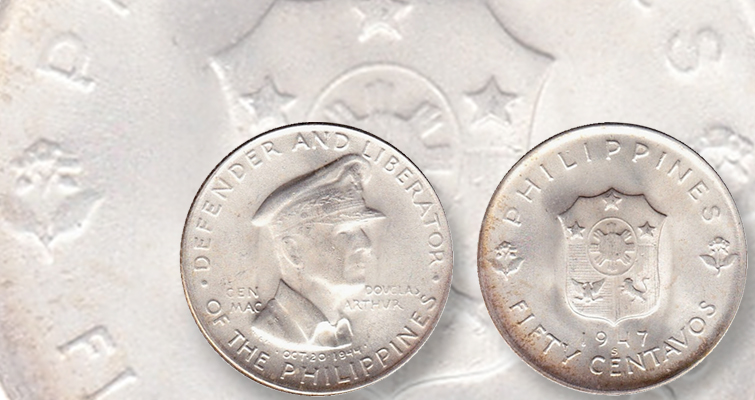 United States Gen. Douglas MacArthur famously returned to the Philippines, in real life and in spirit, with this 1947-S silver 50-centavo coin. 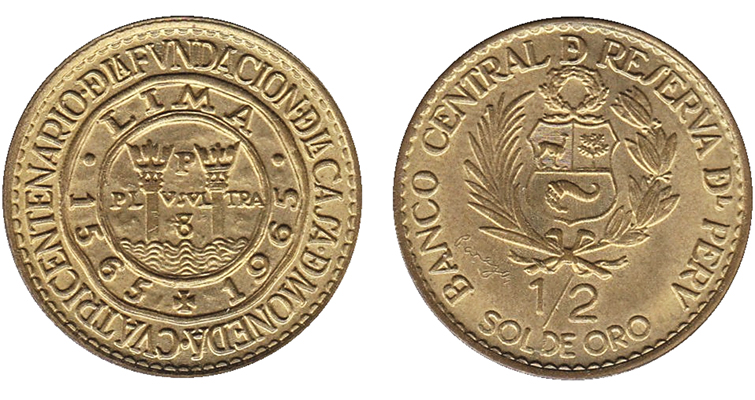 Peru celebrated the 400th anniversary of the Lima Mint on this 1965 half-sol coin, whose face value was equivalent to 50 centavos.

Editor's note: this is the final part of a story about collecting 50-cent coins (and equivalents) by Jeff Starck that appeared in the January 2016 monthly issue of Coin World.

The range of topics available to collect through 50-cent or equivalent coins is broad, and could includes birds, animals, medical symbols, national leaders, multisided coins, historically important issues, and even one-year type coins.

The 1953 50-centavo coin from Cuba qualifies under several of those categories.

The popular one-year type coin honors the centennial of Jose Marti’s birth. Marti was a Cuban patriot and poet during the 1898 Spanish-American War.

The coin predates the tainted Fidel Castro era and decades of U.S. sanctions that were recently lifted.

Another nation seized by the United States during the Spanish-American War is the Philippines, which issued 50-centavo coins during and after U.S. administration.

A popular one-year type of that denomination is the 1947-S coin honoring Gen. Douglas MacArthur, the American general who famously vowed to return to the islands (he did). The 50-centavo coin is a companion to a larger silver peso also showing the general.

Peru’s half-sol coin was equivalent to 50 centavos. The half-sol coin from 1965 highlights the 400th anniversary of the Lima Mint with the famous “Pillars of Hercules” design prevalent on so many Spanish Colonial silver coins.

Malta’s 10-sided 50-cent coins shows a monument to the 1565 siege of Valleta, a successful repel of an attack from the Ottoman Empire.

Zimbabwe’s 50-cent coin from the 1990s and early 2000s depicting a radiant rising sun (a positive symbol for the future) is in stark contrast to the economic reality that gripped the nation in the latter years of the first decade of the 2000s as hyperinflation made “trillionaires” of the population.

The 1936 silver 50-cent coin from French Indo-China features Liberty with a spiked head, reminiscent of the Statue of Liberty, one of France’s greatest gifts to the United States of America.

These are just a small sampling of the hundreds of options for a 50-cent coin collection. Truly, the half has never yet been told.